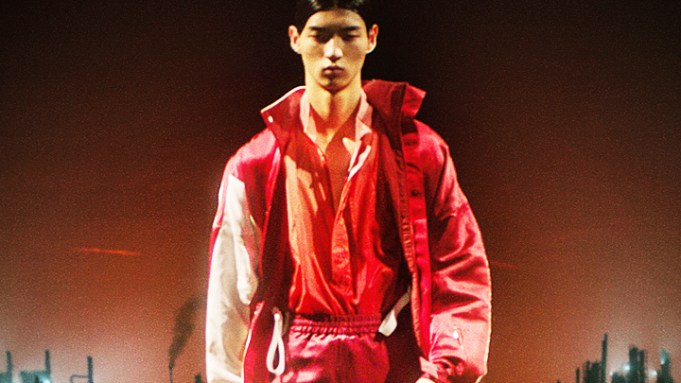 MOVIE MAGIC: Cottweiler is foregoing the traditional runway format and is taking its men’s show online with a digital runway, released today.

For designers Matthew Dainty and Ben Cottrell, the video format will enable them to reach a wider audience but also to put more focus on expanding their business and new product categories.

“Doing a fashion show takes a lot of energy and time to put together and we just did one in January. We thought that by doing a video, it will allow us to focus on the business and experiment to see the impact a show might have by being online,” said Cottrell.

The backdrop of the video is based off of the designer’s recent trip to Cairo, Egypt, and old photographs of Cottrell’s grandmother. “We decided to retrace her steps where she grew up, but in modern-day Cairo and document the whole trip, so the video is a narrative of that,” he said.

There are four story lines in the film that mirror the different segments of the collection. The looks transition from leather and stonewashed denim to sportswear, business casual and utilitarian styles.

This season, the duo focused on using sustainable materials and blending casual wear with formal wear. “We are trying to find natural fabrics that have the same technical functions as synthetic fabrics; we’ve used recycled nylon, canvas and silks and we’re using way less hardware,” he said.

While the offering was typical of performance wear styles, pieces were beautifully constructed with subtle details such as hidden zips and tonal piping on lightweight crêpe and weighted bonded cotton, which would have been easily missed on the runway.

Apart from playing with fabric, the duo tried their hand at rejigging classic styles such as the tracksuit bottoms — some are straight-leg, while others are relaxed and slightly more tailored, and others feature open slits to the knee.

“We’ve developed a range of soft tailoring, which was a take on business wear, but almost a p–s take,” Cottrell said, referring to the transparent dress shirts with vents to the back and slim-fit pants that sit low on the hips to reveal the waistband of the model’s underwear.

Elsewhere, classic tracksuit styles were remixed with leather paneling, knits were given a tie-dye wash and a highlight included a metallic blue, tailored trench coat.

“We’re really trying to push the product range and collaborate with people to grow our business, as in our apparel and footwear line with Reebok and our underwear line with HOM,” Cottrell said.