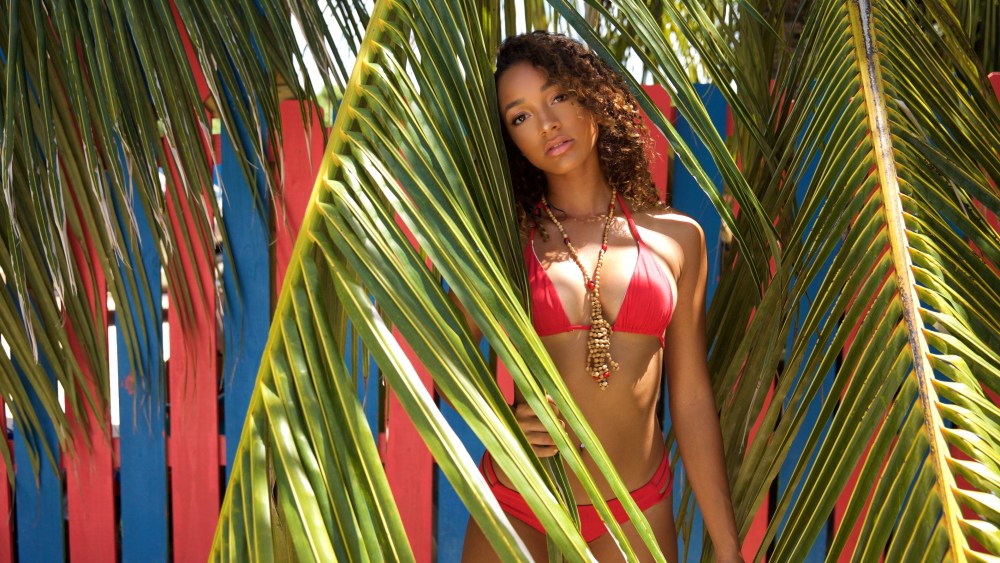 TEENAGE DREAM: Swimwear designer and model Courtney Allegra, 19, isn’t wasting any time capitalizing on her success at the recent Miami Swim Show. The San Diego native and University of California, Santa Barbara student is set to open her first store at 7224 Melrose Avenue in Los Angeles later this month, beginning with a fashion show and party there on Aug. 25.

“I wanted to design swimwear because I couldn’t find a line that matched my personality. I like skimpy bikinis and I like fun things that make people laugh, so we usually do cheeky prints,” she said of her Made in L.A. line, which ranges from $40 retail for bikini separates to $120 for one-piece swimsuits.

Allegra’s latest collection, for resort 2017, was inspired by the Amazon rainforest and features earth tones and microsuede. She also unveiled a new bikini top silhouette called the “UB” top, a high-neck halter top that reveals the “undercleavage.”

The wares will be displayed in her all-white, 2,500-square-foot shop, along with her sportswear designs for men and women, which range from $30 to $1200 retail. “I’ve always wanted my own store and I chose Melrose because it was my favorite spot growing up,” said Allegra of the retail stretch between Fairfax and La Brea Avenues that’s popular with the younger crowd and streetwear and juniors retailers. “The people are there to shop and you can be taken seriously if you’re on Melrose. It makes people notice you more.”

Since her designs debuted at a Hollywood fashion show four years ago, they’ve been worn by Janel Parrish of “Pretty Little Liars,” actors and singers Sharni Vinson and Jasmine Villegas, the “Today Show” reporter Tamron Hall, Eve of E! Networks’ “Fashion Police” and Lacey Claire and Ava Capra of “America’s Next Top Model.” Allegra herself is a model and has 157,000 followers on Instagram as of press time.

As for her college career, she says, “I don’t see school as a distraction. College is a good outlet for networking; it helps with my company.”