The Super Bowl’s high-fashion factor usually comes with the halftime show and its buzzy headliner, but in years past that wasn’t always the case.

In 2014, the Council of Fashion Designers of America teamed with the NFL and Bloomingdale’s to celebrate Super Bowl XLVIII, which was held in the New York area, by debuting 48 “haute couture” football helmets designed by fashion designers like Diane von Furstenberg, Narciso Rodriguez, Donna Karan, Nicole Miller and more, at the retailer’s Manhattan flagship. 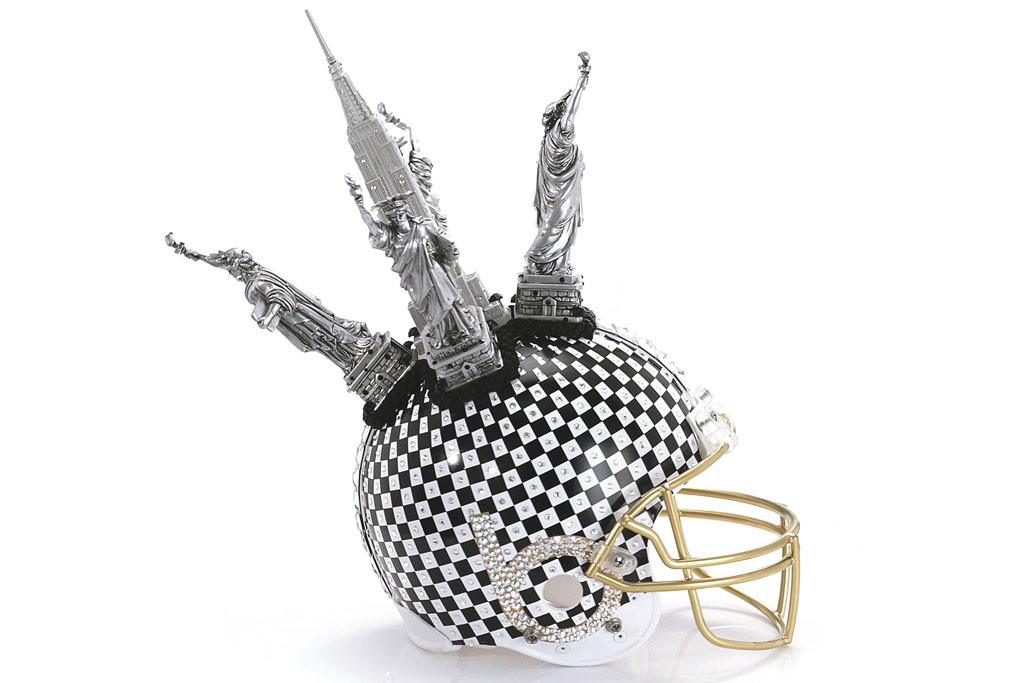 Bloomingdale’s also created its own version: a black-and-white checkered helmet embellished with protruding miniature Statues of Liberty and the Empire State Building.

The department store ultimately auctioned off the couture football helmets and donated proceeds to the NFL Foundation, which supports youth football programs and other community initiatives. Bloomingdale’s raised $73,000 through the auction, with John Varvatos’ silver metallic helmet with studs selling for the highest bid for $5,025.

The CFDA teamed with the NFL again for the 2016 Super Bowl, where 50 designers created bespoke footballs to again be auctioned off to benefit the NFL Foundation. Designers that took part in the initiative included Prabal Gurung, Rebecca Minkoff, Tadashi Shoji, Tanya Taylor and more.

Click through the above gallery to see some of the CFDA “Haute Couture” football helmets.

The Super Bowl Will Be a Style Showdown on All Fronts