Back in Black: Balenciaga Gets Another Paris Expo

Palais Galliera is to install key silhouettes by the Spanish couturier — all in monastic black — at the Musée Bourdelle next spring. 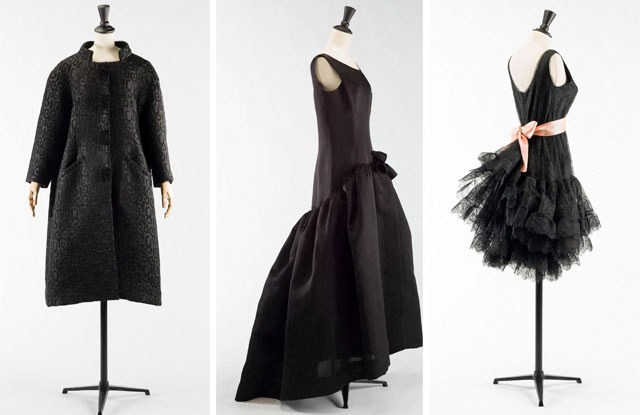 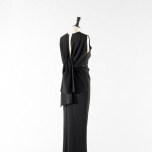 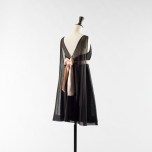 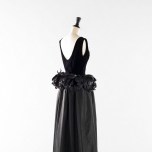 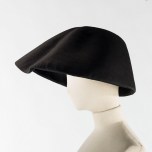 BLACK OUT: When clothes are black, there is little to distract from the shape — be it a barrel, balloon or sack.

All of those are key silhouettes attributed to Cristóbal Balenciaga, the subject of another Paris exhibition next spring when Palais Galliera installs dark dresses alongside the plaster casts of artist Antoine Bourdelle.

“Balenciaga: Working in Black” is scheduled to open March 8 at the Musée Bourdelle and run until July 16, part of a trio of Spanish-themed fashion exhibitions planned by the Paris museum in various locales.

The Bourdelle showcase spans more than 100 items from Galliera’s collection and the Balenciaga archive, including day clothes, accessories and eveningwear embellished with ribbons, jet beads, sequins and fringes. Other key shapes on display include the semi-fitted, introduced in 1951, and the tunic dress from 1955.

According to the museum, “Balenciaga’s work sets up a powerful, black-on-white dialogue with the great, late 19th- and early 20th-century sculptor.”

The use of black also exalts the “luxurious quality of the fabrics” and “the apparent simplicity of his cut.”

The subsequent Spanish-themed fashion exhibitions are “Clothes in Spanish Tones” at the Maison Victor Hugo next summer and “Mariano Fortuny” next fall at the Palais Galliera, permanent home of the City of Paris institution, whose director is Olivier Saillard.

The Bourdelle museum was the site of a blockbuster Madame Grès exhibition in 2011. Balenciaga, like Grès, is considered a designer’s designer, with Christian Dior once saying that “Clothes were his religion.”

Balenciaga parent Kering recently mounted a mini-retrospective in tandem with the opening of its new headquarters at the old Laennec hospital, installing 27 dresses by the Spanish master.