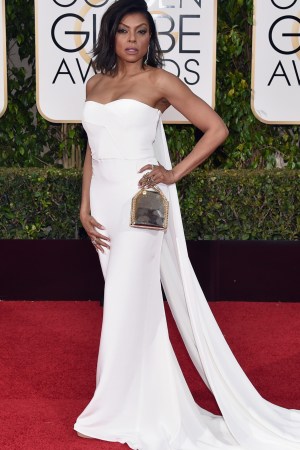 Women in Film today announced honorees for its 2016 Crystal + Lucy Awards, to be held June 15 at the Beverly Hilton hotel. Trailblazing producers Denise Di Novi, Lauren Shuler Donner, Lucy Fisher, Lianne Halfon, Lynda Obst, Jane Rosenthal, Paula Wagner and Paula Weinstein will collectively accept The Crystal Award for Excellence in Film, while “Empire” star Taraji P. Henson will receive The Lucy Award for Excellence in Television. Named for Lucille Ball, the award this year goes to the Golden Globe-winning actress, who was also nominated for an Academy Award for her supporting role in David Fincher’s  “The Curious Case of Benjamin Button.”

The 11th annual Women In Film Max Mara Face of the Future Award will go to British actress Natalie Dormer, who appears in “Game of Thrones” and cut her teeth in costume dramas such as “The Tudors,” as well as Hollywood blockbusters including “The Hunger Games: Mockingjay Part 1 & 2.” Next up, Dormer will begin production on the indie psychological thriller “In Darkness,” which she cowrote with the film’s director Anthony Bryne. In addition, Max Mara’s Nicola Maramotti will host a small lunch the day before at A.O.C. and a cocktail that night at Chateau Marmont in honor of Dormer.

The annual fund-raiser gala‘s theme this year is a propos: “Designing Change,” with a focus on achieving gender parity both onscreen and offscreen. Those who were present at WIF’s pre-Oscar event recall Jennifer Lawrence’s impromptu speech after she published an open essay about pay equality on Lena Dunham’s Lenny newsletter.