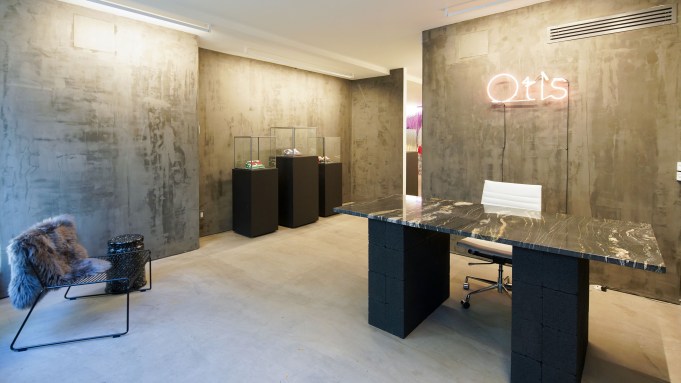 Streetwear, luxury fashion, art and collectibles have converged at several points over the years, but with investment app Otis, these categories now live together.

Founded by Michael Karnjanaprakorn, Otis is a platform for users to buy and sell shares of artworks and fashion pieces such as sneakers, handbags and watches. Karnjanaprakorn, who also founded global talent network Skillshare, launched Otis in an attempt to democratize asset ownership and make investing more accessible.

“There are huge cultural shifts that are happening,” Karnjanaprakorn said. “Our generation’s asset class is really set around culture. An older generation buying a lodge or having artwork in their house was a very private experience, but in our generation, it’s more public consumption.”

The first piece of artwork made available on the app was by Kehinde Wiley, who did Barack Obama’s presidential portrait. Six-hundred people participated in the sale, and the largest share purchase order was $25,000 for 10,000 shares.

Otis is launching eight new works this year, which will be on display at its new East Village gallery at 47 E. 3rd St. that opens on Oct. 26 and 27. The space, which is designed by Komal Kehar of Mira Projects, retains traditional art gallery elements such as white walls, concrete floors and blocks to display expensive pieces in glass cases, but the entrance resembles a luxury apartment living room.

“We’re not really a museum or gallery or pop-up space,” Karnjanaprakorn said. “We’re a combination of all of those things. We want to be the opposite of what you expect of an art gallery.”

“We definitely wanted to unlock access into these cultural grails and artifacts,” Karnjanaprakorn said. “We do due diligence for what we look for, but we don’t stand to predict what will take off or not. There was a lot of demand so we thought it was great to bring them onto the platform instead of focus on one area.”

Otis is another example of sneakers establishing its place as a collectible. Stadium Goods and Sotheby’s sneaker grail auction this summer helped legitimize the sneaker community to a mainstream audience and tipped longtime collectors on to a new frontier.

Many coveted sneakers from the past have astronomical price tags that are comparable to the low-end prices of luxury watches. Sneaker enthusiasts that can’t pay full market price for coveted pairs can buy a share of the higher ticket items on Otis, but while sneaker resale and consignment shops focus on ownership, the Otis app users never own the physical works.

Karnjanaprakorn said he has plans for shareholders to vote on where they want to show the works they own, are open to owners showing in their homes, and wants to expand beyond artworks and fashion to sports collectibles “like sneakers that were worn in a very iconic game” or even rare gemstones and pro athlete contracts. Also, Otis will allow for users to sell their shares in 2020.

Until then, the Otis East Village location will display artworks, sneakers and accessories, and in December, will become a shrine for Nike Skateboard Dunks also curated by Staple.