The royal wedding was front-of-mind for guests at the American Museum of Natural History’s annual Museum Dance on Thursday night. 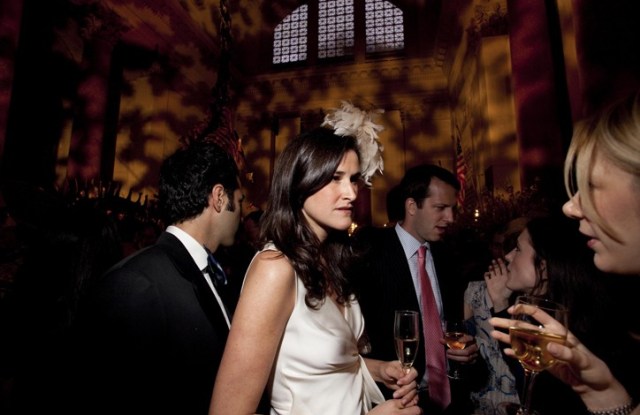 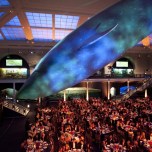 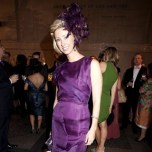 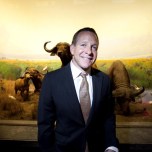 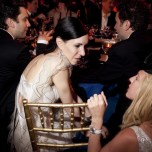 Despite the historical surroundings, the royal wedding was front-of-mind for guests at the American Museum of Natural History’s annual Museum Dance on Thursday night.

Preparations for the royal wedding were well underway across the Atlantic Ocean on Thursday night, but a few New York revelers got in the spirit in the colonies by donning their Brit-inspired finest for the Natural History Museum dinner dance.

“Apparently, the after-after-party is at Avenue,” Nina Freudenberger confided outside the museum. “If you stay until 3-something they’ll start playing the wedding coverage there, so you can watch!”

Though the thought of sitting in a nightclub in the wee hours of the morning to watch the ceremony sounded daunting to say the least, there was an air of enthusiasm amongst some guests. One, who did have a remarkably similar profile to the soon-to-be Duchess of Cambridge, had bought the exact same Issa dress Middleton wore for her engagement announcement, and even had her own duplicate engagement ring (its stones were noticeably faux).

“My friend got it for me on the Home Shopping Network!” the lookalike crowed, holding it aloft for spectators in line for the bathroom. “It’s so funny!”

Fascinators, hats, gloves and even an occasional Prince William face-mask were on display, with Blair Husain, Lydia Fenet and Susan Fales Hill all sporting feathery toppers. Jill and Harry Kargman were on hand, the former in a frothy Chanel floor-length gown.

“This is the first time I’ve worn it!” Kargman said with a grin. “I’ve been pregnant for like, five years… My daughters were so excited to help me get dressed for a ball because I never do. I felt like they were the bluebirds from the ‘Sleeping Beauty,’ doing up the buttons and fighting over who got to do what.”

The actor explained his latest project, a semi-autobiographical novel.

“I wanted to call it ‘Lucky Bastard’,” a smiling Guttenberg said. “It’s about an unlikely star in Hollywood. And all that entails. It’s 600 pages right now. I think they want to edit it down to 400? We’ll see. God, every time I come here the dinosaurs are better! Older! They keep getting older!”

Guttenberg departed after the main course, citing a friend’s wedding in Las Vegas the following day. No one asked whether it was a Royal one.