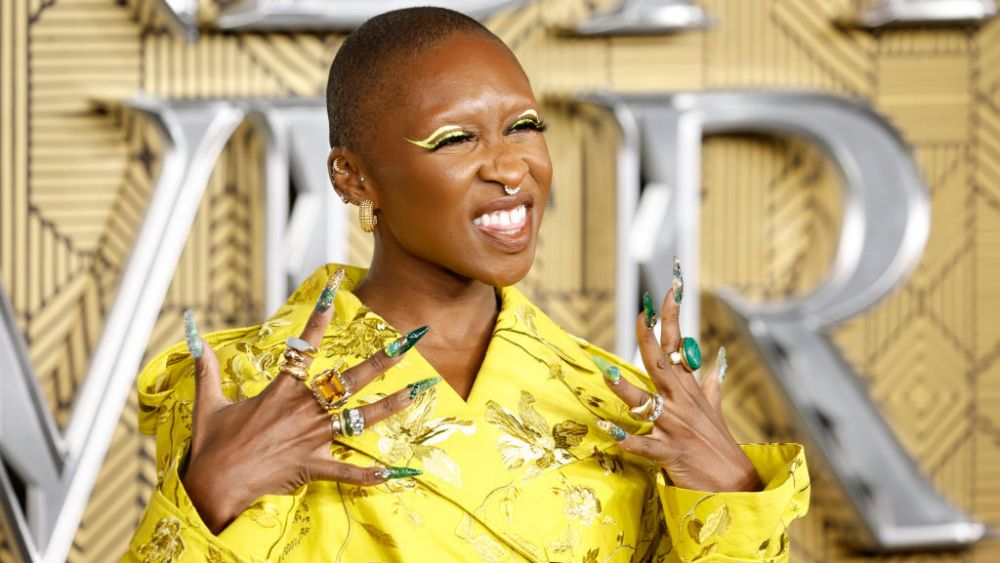 Cynthia Erivo arrived on the red carpet for the London premiere of “Black Panther: Wakanda Forever” on Thursday, wearing a bold trench dress.

To celebrate, Erivo wore a bright yellow floral-print trenchcoat dress with a train from Erdem’s spring 2023 collection, which drew inspiration from designer Erdem Moralıoğlu’s love for historical things and his appreciation for dressmaking.

She accessorized with statement rings and her signature nose ring. She topped the look off with a pair of thigh-high black leather boots from Casadei.

Erivo worked with celebrity stylist Jason Bolden to create her look for the event. Bolden also works with Michael B. Jordan, Yara Shahidi and Sabrina Carpenter.

For makeup, Erivo worked with makeup artist Lake Sanu, who used Suva Beauty eyeliner to create a wing-tip effect on her lids in a matching yellow color. One of Erivo’s major style statements were her nails, done by Shea Osei in long emerald green acrylics with bejeweled embellishments.

Erivo is in preproduction for the highly anticipated film adaptation of the long-running Broadway musical “Wicked,” which is set to debut in 2024. She stars as Elphaba, the Wicked Witch of the West, and Ariana Grande plays Glinda.