Rowley wasn't the only celebrity guest in the house. 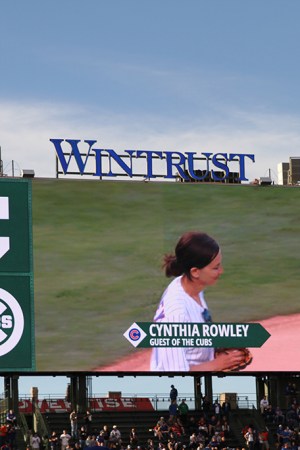 ROOKIE OF THE YEAR: Cynthia Rowley showed some hometown love at Wrigley
Field, throwing out the ceremonial first pitch at the Chicago Cubs versus the Cleveland Indians game on Tuesday night. Rowley wasn’t the only celebrity guest in the house — Wrigley welcomed Stanley Cup champion team Chicago Blackhawks and the famed Lord Stanley to the ballpark. Unfortunately, Rowley, Lord Stanley and the Hawks didn’t bring the Cubs much luck — the team lost 6-0 to the Indians.