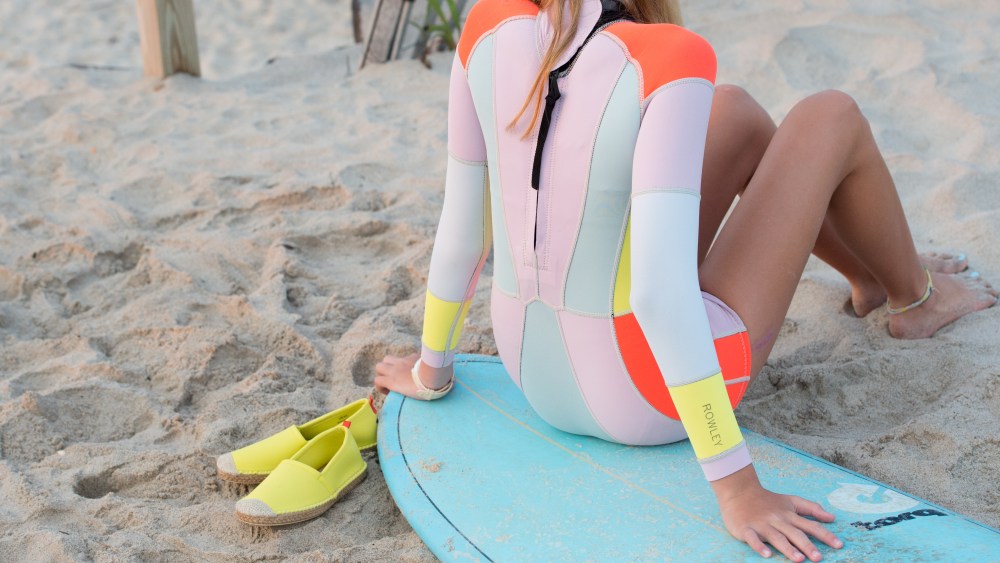 Although it’s officially fall, beach season lives on in the world of Cynthia Rowley and Maisonette.

The designer has teamed with the children’s e-tailer for an exclusive capsule collection of children’s clothing, inspired by beach culture on both the East and West coasts. The 13-piece CaliYork collaboration includes wetsuits, sweatshirts, beach bags and towels, available in both children’s and women’s sizes. Prices range from $55 for the towel to $265 for the women’s wetsuit.

“We debuted on Maisonette with our signature CaliYork collection — but now for kids — tying into our idea of this adventurous bicoastal lifestyle,” says Rowley, who recently opened her third store on the West Coast. “My daughters, Kit and Gigi, learned to surf at a young age and now it’s our favorite thing to do as a family. I wanted to share and promote the fun we have spending hours in the water.”

“The brilliant colors that she uses translated naturally into a children’s line. Her message of women embracing life and adventure is exactly what we celebrate at Maisonette,” says Maisonette cofounder and ceo Sylvana Ward Durrett.

The collection will be revealed during a one-day pop-up on Sept. 30 at the Cynthia Rowley store in Newport Beach.