Nicole Kidman was the guest of honor at the event, which was held at the Italian embassy in Paris on Monday night. 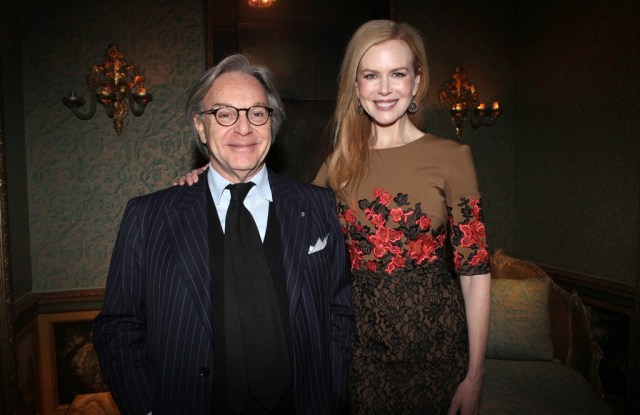 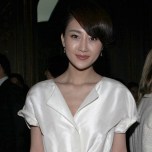 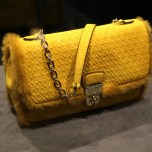 DAILY BREAD: “I tell you, they can throw a party,” enthused Nicole Kidman, who was guest of honor at the launch of Tod’s new Signature Collection, held at the Italian embassy in Paris on Monday night. Wearing an Erdem dress, Kidman was led into the building under a giant umbrella as icy rain lashed down outside. The installation had a stormy atmosphere, too, with images of clouds racing across the ceiling in one room, later changing to images of starry skies, with lightninglike flashes illuminating the crystal chandeliers.

Kidman declared that it was “gorgeous” to be back in Paris. She elected “food,” more precisely “baguettes,” as the thing she gets most excited about, sighing: “I just love bread, which I know in this day and age everyone says, ‘Don’t eat the bread!’ ” she said, laughing, and then pulling a mock horrified expression.

The actress is doing a film in Scotland with Colin Firth called “The Railway Man.” Kidman also recently wrapped filming “Hemingway & Gellhorn,” in which she plays WWII correspondent Martha Gellhorn, who was Hemingway’s third wife and the inspiration for his novel “For Whom the Bell Tolls.” “She just recently passed away, and she was probably one of the great war correspondents,” said Kidman, adding: “She was a real person with an unusual accent, so it’s unusual to play someone who actually exists, to get their voice right.”

Kidman certainly had her own fan club at the Tod’s event. “She’s my idol, and she is hugely popular in China,” cooed Chinese actress Lin Peng. Tod’s chief Diego Della Valle clearly considers Kidman to be one of the family. “Nicole is a friend of ours and has always been a big fan of Tod’s products since many years. Whenever I invite her, she comes,” he said.