The actresses were joined by rising stars Kathryn Newton and Ava Phillippe. 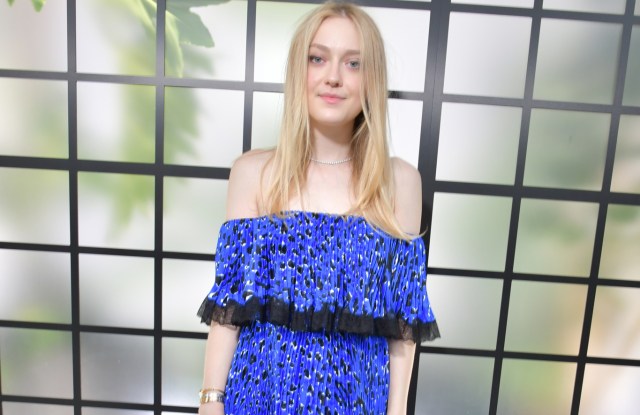 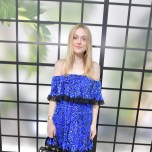 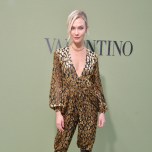 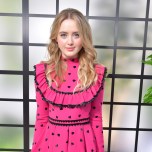 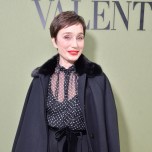 ACTION WOMEN: Valentino impressed guests with its show venue Sunday: a modern structure based on glass and Japanese-style screens, giving onto the golden dome of the Hôtel des Invalides, an army hospital built in the 17th century.

“I love when you get to see a mix of modern architecture with beautiful old French architecture,” said Dakota Fanning, who had flown in just for the show.

“There’s a lot of natural light, and it’s nice to be warm and inside as it’s a rainy day in Paris,” echoed Ava Phillippe, the daughter of Reese Witherspoon and Ryan Phillippe. She got ready with Kathryn Newton, who was particularly excited, this being her first Valentino show.

“I wore Valentino to my first premiere, ‘Bad Teacher,’ and they dressed me for the Golden Globes for ‘Big Little Lies,’ so it’s really cool to be here — and I’m in a dress covered in hearts. It’s so me,” enthused the actress, who plays Lucie Stevens in the “Pokemon” movie, due out next year, alongside Ryan Reynolds.

“It’s a live action Pokemon movie and I’m having so much fun,” she said, her jaw dropping as a giraffe-like Karlie Kloss glided by.

Kristin Scott Thomas also had her own action movie to namedrop, “Tomb Raider,” with Alicia Vikander in the lead role. “Yes, I’m in ‘Tomb Raider,'” said Scott Thomas, who declined to dish any tidbits.

“I didn’t do any action stuff,” she said, adding, when asked if she could ever see herself doing action stuff: “I think those days are passed.”