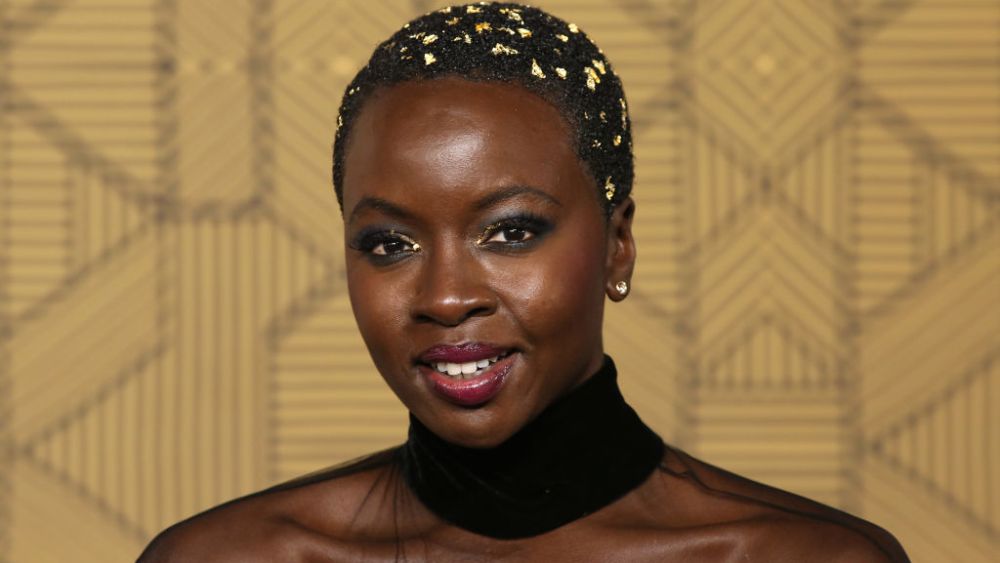 Danai Gurira arrived on the red carpet for the London premiere of “Black Panther: Wakanda Forever” on Nov. 3, wearing a black and sheer gown from Elie Saab’s fall 2022 couture collection.

To celebrate the sequel to “Black Panther,” Gurira wore a turtleneck gown with voluminous balloon sleeves, sheer shoulders and a sequin-embellished bodice with an open slit down the center of the skirt.

Elie Saab’s fall 2022 couture collection was described as an ode to the crepuscule, a game of shadows drawn in contrast between geometric lines and rounded, sun-like forms. The collection included many sparkling and embellished pieces.

To accessorize the look, she wore a pair of diamond stud earrings and rings by Cartier. For shoes, she coordinated with black open-toe strappy sandals from Christian Louboutin.

Gurira worked with her go-to stylist Thomas Carter Phillips, who has collaborated with her on ongoing “Black Panther: Wakanda Forever” promotional tour looks, dressing her in Proenza Schouler, Alexander McQueen and Robert Wun.

For makeup, Gurira worked with Tym Buacharern, who in an Instagram caption said her makeup was inspired by Van Gogh’s The Starry Night painting. Buacharern used products from the new Black Panther x MAC Cosmetics collaboration, including eyeliner, eyeshadow and mascara, to create a shimmering smokey eye for the actress. Gurira also had her hair adorned with gold flakes, creating a starry night sky effect on her hair.