Danielle Guizio has come a long way since she started her namesake label in 2014.

Now, she has become one of the most popular and sought-after brands in the fashion world, with her creations seen on the likes of Hailey Bieber, Rosalía, Bella Hadid, Kendall Jenner, Dua Lipa and the Blackpink singers.

However, the concept of designing never seemed feasible to Guizio when she was studying at LIM College and working in retail, before social media apps, such as Instagram, helped with publicity.

“​​Things just felt more out of reach because we weren’t watching our average girls become designers. I wasn’t seeing how attainable it was,” Guizio told WWD. “At the time I was, like, ‘I don’t think I can become a famous or a big fashion designer. I don’t see girls my age trying to do that either.’ I was, like, ‘I’ll be in fashion because I love fashion, and figure it out from there.’”

Though shortly after, Guizio’s parents could no longer afford to put her through fashion school, and she experienced a serious health scare that required frequent visits to Memorial Sloan Kettering Cancer Center in New York City.

After multiple surgeries and receiving the news that she was OK, she resumed life as a retail worker selling jewelry, but realized there was more potential for her out there.

As she sat on her friend’s couch one day, she floated the idea of starting her own brand, to which her friend responded, “Let’s start right now.”

From there, Guizio’s namesake label was born, with nothing more than the $400 that she saved from her tax return that year. “We pretty much started from there. I put everything up on my website, shot it, did the product descriptions myself,” she said. “Essentially, I was watching the sales come in, and they were coming in fast, and it was crazy.”

Guizio, who recently unveiled the second installment in her fall collection, already had a decent Instagram following from users who had followed her for years, dating back to Myspace. It also also helped that she had a Poshmark account where she would resell vintage and knew how to photograph product shots.

Some of the designers Guizio looked up to when she first started in the industry were Virgil Abloh, Marc Jacobs and Diane von Furstenberg, to name a few.

Now, Guizio’s pieces have become distinct in their sexy silhouettes and cutout and asymmetrical designs, causing them to sell out almost immediately at times online.

“A lot of my brand DNA is highlighted by sexuality, femininity and embracing our bodies, embracing being a woman and being able to dress sexy but being able to wear sophisticated blazers,” Guizio said. “I feel that it really shows through almost all of my collections, that we can be both of those people. We can be wearing a suit, then we can be wearing a corset a few hours later. The dimensions and the drastic-ness of what it means to be a woman and how we dress.”

Last year, Danielle Guizio collaborated with Reebok to create the label’s first shoe and collaboration. The first drop was met with immediate commercial success, with the sneakers selling out within three minutes worldwide. The second drop, which was on Reebok’s site, also sold out instantly.

Looking to the future, Guizio hopes to expand her label to different categories and eventually open a physical store in New York City. As of this moment, Danielle Guizio is still only available online. 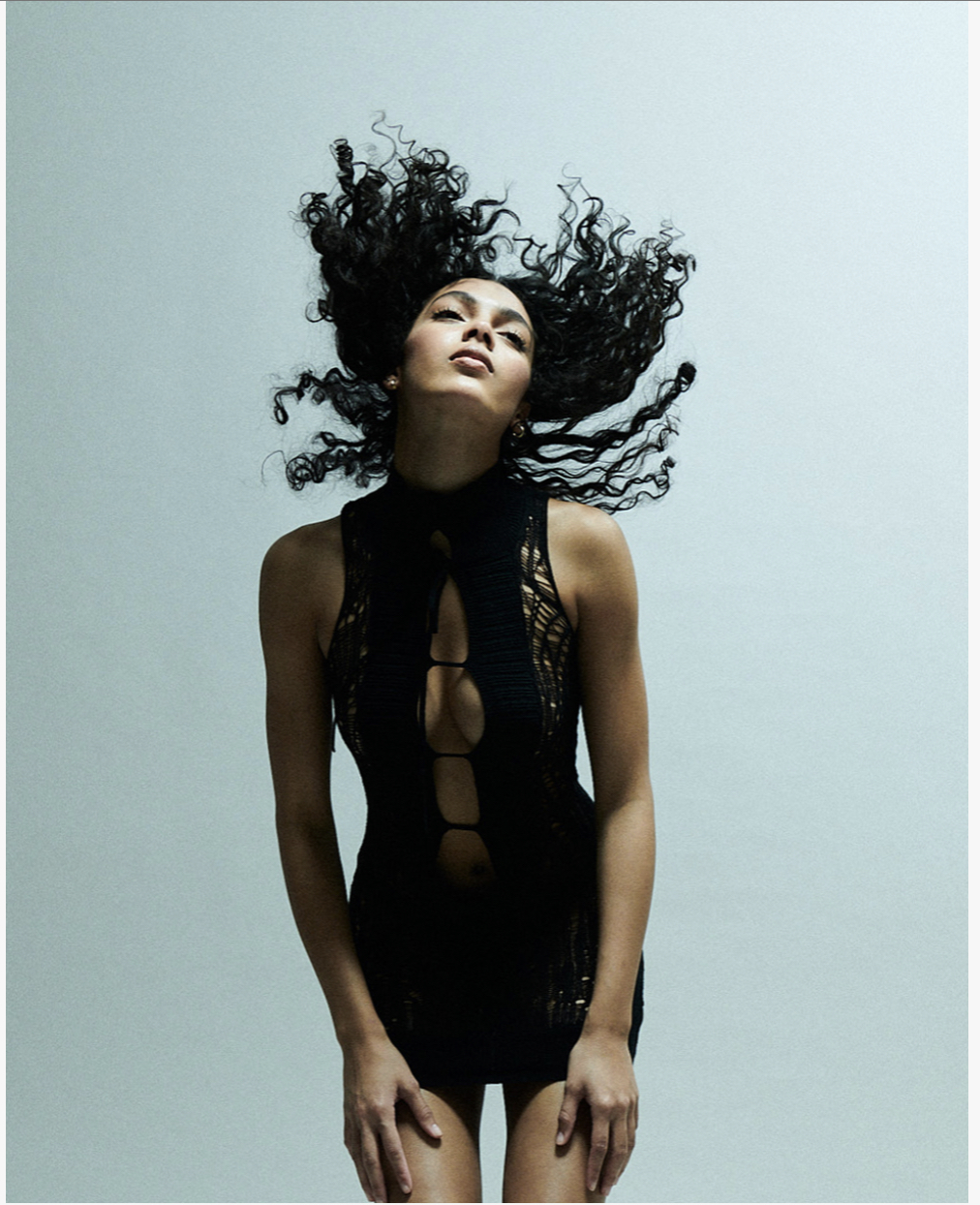 Last summer, she opened up a pop-up in SoHo, which was also a significant success as the line wrapped around the block and extended for what looked like blocks down the street. “I was, like, ‘We need a store,’” she said.

“I think it’s going to be so fun for me, in general, and my team to be able to build the store, create the world around it and connect with the consumers again and really give them the full DG experience,” Guizio said.

“I feel like as long as I can keep being pretty much my own, just keeping that authentic vibe, being so close and hands-on to my brand, I feel like it’ll still continue one hundred percent to work as it has been,” she said. “Because there is so much of myself in it.”