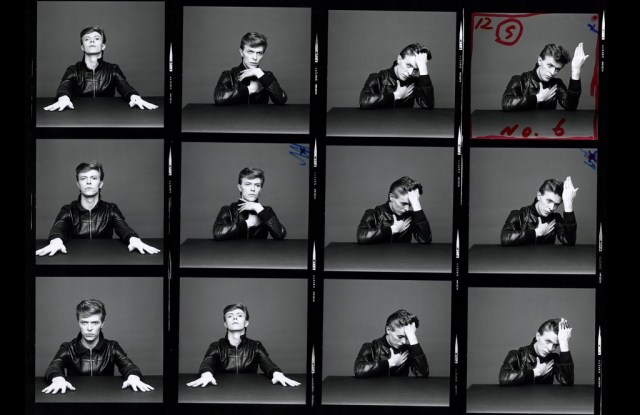 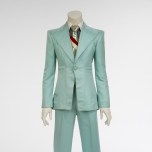 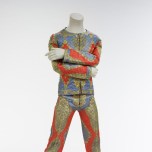 Speaking to the assembled crowd, Steinmeier named “Heroes” as his favorite Bowie track, saying, “If Berlin had a soundtrack, for me, without a doubt, this would be the theme song.”

The title track from the 1977 album “Heroes” was written in the once-divided city and recorded at Hansa Studios, just around the corner from where the exhibition is now, at the time in sight of the Berlin Wall. It is one of what’s called the “Berlin Trilogy” of albums, which also includes “Low” and “Lodger,” a result of the creatively productive period 1976-1978 when Bowie lived in the city’s Schöneberg neighborhood.

Kevin Cann, who has written several books on the man behind the Starman, said despite its changes, he thought Bowie would love today’s Berlin as much as the Seventies version, pointing to the Soho House and the city’s vibrant art scene. “He would get a buzz from this place now, he absolutely would,” enthused Cann. “I think probably even more so than before.”

Sixty additional items were added to the V&A show to expand upon Bowie’s ties to the city, including song lyrics, previously unpublished photographs, and sketches, drawings and paintings by the British singer. Bowie and Iggy Pop were frequent visitors to Berlin’s Brücke museum, and works they saw there by Expressionist artist Erich Heckel clearly led to the cover poses on the 1977 albums “Heroes” and Iggy Pop’s “The Idiot.” Another highlight is the never-before-displayed correspondence between Bowie and Marlene Dietrich. They appeared together in the 1978 film “Just a Gigolo,” but having filmed in separate cities, never met on set.

Still, the most popular items Monday night proved to be relics from the golden years of Bowie’s rich performing career. “He was so f-ing slim, I can’t believe it,” gasped Berlin designer Kilian Kerner, gesturing at the tiny trousers in a display of Bowie costumes. Kerner said he was collecting ideas for his upcoming collection, to be shown at MBFWB in July, explaining it would be “a mix of David Bowie and Justin Bieber.”

The exhibition opens officially today. There will also be a special event June 15. “One Day for…David Bowie” includes walking tours, a fashion show, film screenings, and a gala where ten Berlin bands will play cover versions of Bowie songs, while some of the Thin White Duke’s favorite foods are served. “David Bowie” runs at the Martin-Gropius-Bau until August 10.