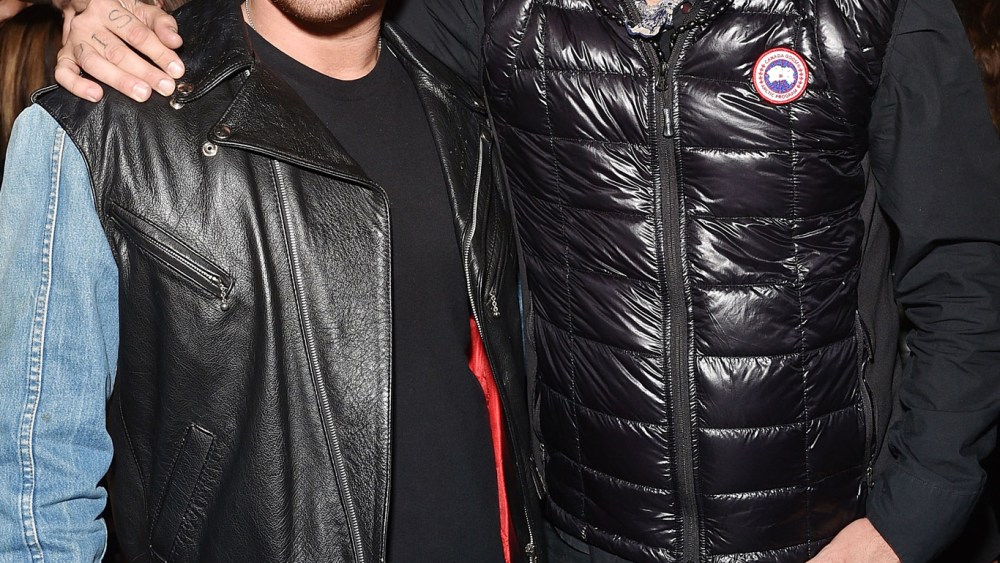 With both a Richard Meier-designed museum and an antiques-filled villa bearing his family name, one would think that August Getty would have dibs on stately venues in Los Angeles where he can present the latest collection of his namesake women’s fashion line. For his third offering, the 21-year-old designer lured David LaChapelle out of self-imposed exile in Maui to create an ambitious art installation in a dilapidated Southwestern frontier town on one of Universal Studios’ movie lots.

“They said do whatever you want,” recalled LaChapelle of the initial meeting a few weeks earlier with the grandson of John Paul Getty II and his mother, Ariadne Getty.

The Gettys believed the 52-year-old photographer deserved the carte blanche.

“Who wouldn’t want to work with David f—ing LaChapelle?” August Getty said. “He’s one of the greatest living legends of our time.”

The Getty clan’s kindness and generosity were antidotes to the dark theme behind the seven vignettes that LaChapelle unveiled on Wednesday night in Universal City, Calif. The crowd sipped wine from gilded glass goblets and nibbled on lamb tartare and lobster ravioli before seeing Getty’s collection titled “Thread of Man.” He based his palette on the skin tones of five different women and corralled a female army that balanced strength with femininity in tailored suits and dresses with suggestive cutouts.

At the same time, LaChapelle took guests — including actresses Holland Roden and Jessica Szohr; models Jessica Stam and Langley Fox Hemingway; shoe designer Louis Leeman and stylists Tara Swennen, Jen Rade and Joseph Cassell — on an artistic journey from hell to heaven. Christmas lights, candles and flowers surrounded a giant multicolor picture of the Lady of Guadalupe. The scene of a car crash turned campy in the presence of a topless, heavy-set woman with a frizzy blond hairdo. Next to a Getty Oil sign, a chain-link fence separated attendees from a not-so-subtle commentary on the state of current affairs: a jumble of unclothed mannequins, neon signs shaped like the dollar symbol and spelling out “HELL” in red, and televisions airing footage of Fox News and Donald Trump.

“Our entertainment has so much darkness and torture and sort of horror. That’s a big reflection on our culture,” said LaChapelle, who’s been focusing more and more on his art. “There is a lot of meanness and greed right now. I don’t know if that sounds crazy or preachy, but that’s just what I’m feeling.”

Known for his neon-saturated style in over-the-top spreads for Vanity Fair and Italian Vogue and ad campaigns with brands such as Benefit Cosmetics, he also felt empathy for his friends in the fast-paced fashion industry. “Just the pressure of designers having to do so many collections and the business side of it,” he said. He saw the stress also affecting the muses, such as the late Isabella Blow, whom he misses dearly.

“I don’t know why she killed herself. I was so angry,” he said. “She made me laugh so much, she brought me so much joy.”

The evening was an opportunity for old friends to reunite and new ones to meet. Jaime King took a break from designing eco-friendly baby clothes with Sapling Child and working on a new TV series called “ADT,” which is short for attention deficit theater and mixes animation with live action, for The CW. Of LaChapelle, “he’s been shooting me since I was 15,” she said. Waiting to be introduced to Getty, she added, “any friend of David’s is a friend of mine.”

LaChapelle set the right tone for camaraderie on the chilly night. Stepping out into the dirt-covered lot from a saloon, underneath lit letters arranged to read “HEAVEN,” a gospel choir warmed the spirits of the shivering crowd with an uplifting rendition of “Oh Happy Day.”