The celebrity stylist has launched a crowd-funding campaign to publish book. 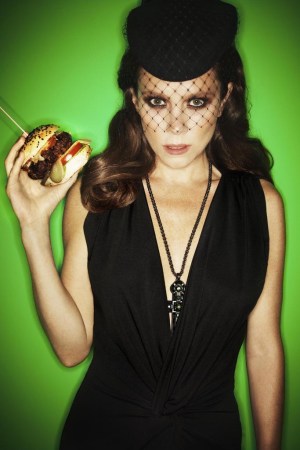 ROYAL TREATMENT: It’s taken David Thomas 10 years to get around to fulfilling a request from Prince Charles. The British royal asked him to publish a book of his work as a stylist to the likes of Britney Spears, the Spice Girls, John Legend, Liza Minnelli, Paul Newman, Kylie Minogue and Avril Lavigne, but at that time Thomas said he didn’t dare do it. “I thought, ‘who wants to read a book about me?’”

Now, with a 25-year career as a celebrity stylist for titles including Esquire, where he was once the youngest fashion editor, and a robust body of work, he plans to unveil “Vanity Project,” a visual retrospective of his work. The book will be released through the crowd-funded publisher Unbound, and proceeds from sales will go to the youth charity The Prince’s Trust, which helped Thomas launch his career 25 years ago.

When Thomas, who originally trained as a plumber, moved from Gloucester, England, to London as a young man he soon realized that “you couldn’t just be fabulous there, you had to do something.” After deciding he wanted to pursue a new career in fashion — and then failing to get into a fashion school — his father, a teacher and boy scout leader, suggested he contact The Prince’s Trust.

Thomas was awarded a grant that allowed him to move to London where he worked night jobs. By day, he built his portfolio and eventually become celebrity stylist Judy Blame’s assistant. That’s where he met Boy George, who has penned the book’s introduction. The book also features a foreword by Prince Charles.

“I really wanted to make money for the Prince’s Trust so that other young kids can be inspired to do whatever it is that they want to do,” said Thomas, who now lives in Los Angeles. “If I can come from Gloucester with a plumbing background and do this, then with a bit of support and encouragement, anyone can follow their potential. The most important thing is to give kids hope that they can succeed.”

The book, which will be published next year, is available to purchase through pledges placed on Unbound’s Web site.  There are varying levels of pledges ranging from 100 pounds, or $155 at current exchange, for a hard-cover copy, to 3,000 pounds, or $4,646. The latter sum buys a hard-back edition signed by the author and the celebrities featured in the book, and two tickets to one of the private launch parties in the U.K. or the U.S. Everyone who pledges will have their name printed in the book.