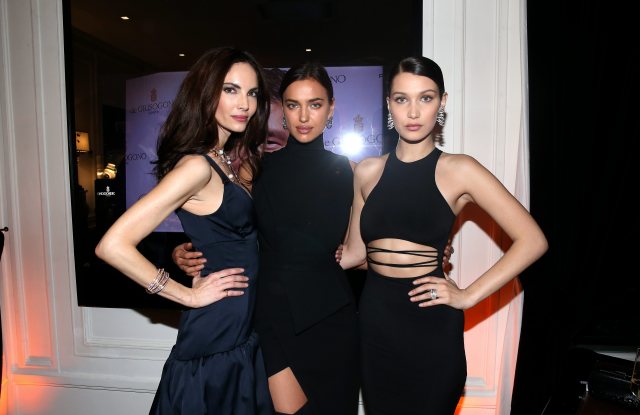 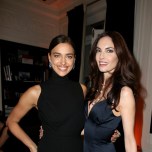 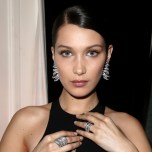 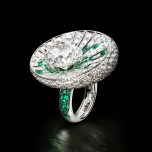 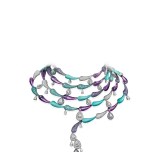 The occasion was the presentation of 15 new high-jewelry pieces, including a standout necklace worth 3 million euros, or $3.27 million at current exchange. “It’s [made with] diamonds with a huge amount of carats, all the rest is emerald,” De Grisogono founder and artistic director Fawaz Gruosi commented.

Shayk donned a sexy Alexandre Vauthier dress and thigh-high boots. “He’s so cool and down-to-earth. It was a last-minute thing. I told him: ‘Please dress me.’ It took me some time to put [the boots] on because they have all these laces in the back, but it was totally worth it,” she said.

She also had a new version of the Gipsy earrings with emerald, amethysts and blue sapphires. “I am Russian — I love diamonds,” she said. “I picked green to match my eye color.”

The model, who walked the Versace couture show, said she was to shoot for L’Oréal Paris the following day. “We’re doing a shoot with Lara [Stone] and the other girls. Then, I am going back to New York. You know, a model’s life,” she said.

Hadid modeled in her first Chanel show with sister Gigi Hadid this season. “It was my first couture show so I am over the moon to have been part of it,” she said, describing herself as “the more outgoing sister” of the two.

The model, who was wearing De Grisogono jewelry including Vortice earrings in white gold set with 196 diamonds, has had a busy week. On Wednesday, she was in London with Shayk for an editorial by photographers Mert Alas and Marcus Piggott.

For her part, Silva has just thrown a bash to celebrate her 40th birthday in Madrid. “There were 400 guests. Delpozo did an amazing dress for me,” she said, wearing a necklace made of pink gold and set with rock crystal and icy diamonds.

Gruosi said De Grisogono, which counts 17 free-standing stores worldwide, is slated to open a new unit in The Dubai Mall in the United Arab Emirates in March and a second boutique in Paris before summer. Before that, De Grisogono is expanding its store in London on New Bond Street, focusing on high jewelry.