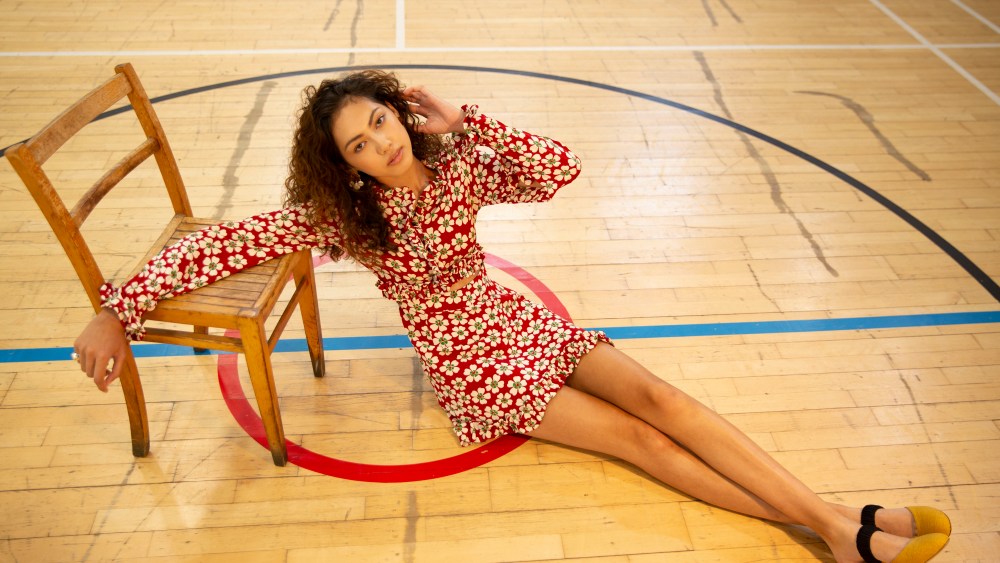 FAST TRACK: Deborah Lyons is taking her show on the road — and the tracks — showcasing her brand’s first presentation aboard the London to Paris Eurostar on Wednesday afternoon.

“The idea was that you have this captive audience, everyone’s essentially going to the same place and they have time for the duration of that journey. So how could you make the journey an experience in and of itself?” said Lyons, who launched her London-based label last year, with Harrods as its key partner.

“For a small-size brand like mine, showing in London or Paris wouldn’t make much sense. In the nicest possible way, it can be a waste of time and money because the editors are engaged with bigger shows and brands they have commitments to, so you often fall between the cracks. This way we are not interrupting anything, we’re just becoming a part of the journey.”

Lyons, who is best known for her feminine take on tailoring and flair for matching sets, said this alternative presentation format will also allow her to communicate the spirit of her brand and the type of women she aspires to dress.

“It’s that girl who travels a lot, she does a lot and is always on the move. I’m not saying she’s going to Paris for fashion week necessarily, but she is quite transient, and moves around,” added the designer, who previously owned the footwear label Mechanté of London.

The idea of transience also underpins her spring 2019 range, which has a more athletic element in the form of rubberized track pants, fluoro stripes on slim plaid trousers and pleated miniskirts with matching tops that could double as chic tennis outfits.

Elsewhere the designer updated her popular jumpsuits and mini matching sets with bright florals in a bid to add “something that’s got whimsy and fun for spring.” She sprinkled some extra shine across the range with graphic sequinned pieces and details such as chain collars or pearl buttons.

The new range will be shown during the first part of the train journey, with a mixed set of models, including DJ Zara Martin, actress Anna Brewster, illustrator Sabrina Percy and Lauren Cuthbertson, a prima ballerina at the Royal Ballet, strutting down the aisle of the carriage, which has been taken over by the brand.

Lyons then plans to keep her audience — a mix of editors, buyers and influencers — entertained throughout the remainder of the journey with musical performances by Palestinian-Israeli singer Lina Makhul and English tea, served by bell boys in customized outfits.

There will also be a custom fragrance created specifically for the carriage — all in the name of immersive experiences, Instagram photo-ops and simple fun.