Demi Lovato Speaks Out Against Bullying

The singer is the ambassador for Secret's “Mean Stinks” anti-bullying campaign. 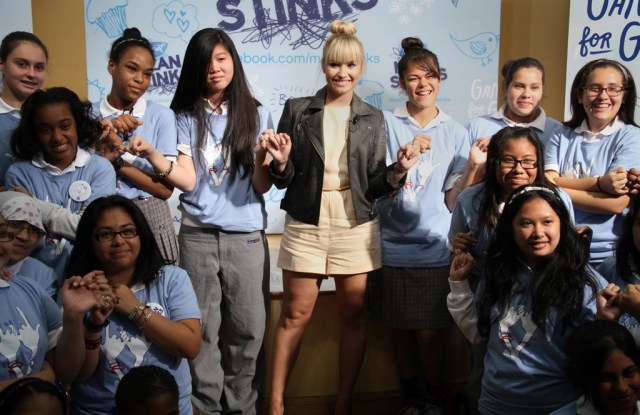 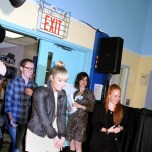 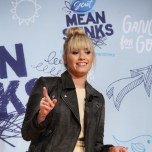 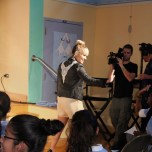 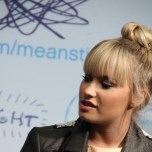 FIGHTING MEAN MODE: Demi Lovato made a group of ninth-grade girls even giddier when she showed up as the surprise guest at The Young Women’s Leadership School in East Harlem during an anti-bullying assembly Thursday morning, hosted by Procter & Gamble’s Secret deodorant brand. Lovato was met by screams and cheers as she took the stage to speak to the crowd. “The girls were so excited when I came in,” she said. “It was awesome to feel like I was surprising them.” Lovato, who is Secret’s “Mean Stinks” ambassador, urged students to “gang up for good,” symbolized by the blue nail polish each girl in attendance painted onto her pinky fingernail. Relationship expert Rachel Simmons also spoke during the event. “I was bullied in middle school,” said the “X Factor” judge, who is currently working on her fourth album. “I wound up getting homeschooled because I couldn’t take the verbal harassment anymore.” As part of the campaign, Secret will donate $1 from every purchase of Mean Stinks Clinical Strength to Girls on the Run, which focuses on female empowerment and wiping out mean behavior amongst youth. “This subject is very close to my heart,” she said. “It’s important for me to spread awareness that you should always stand up for good.”