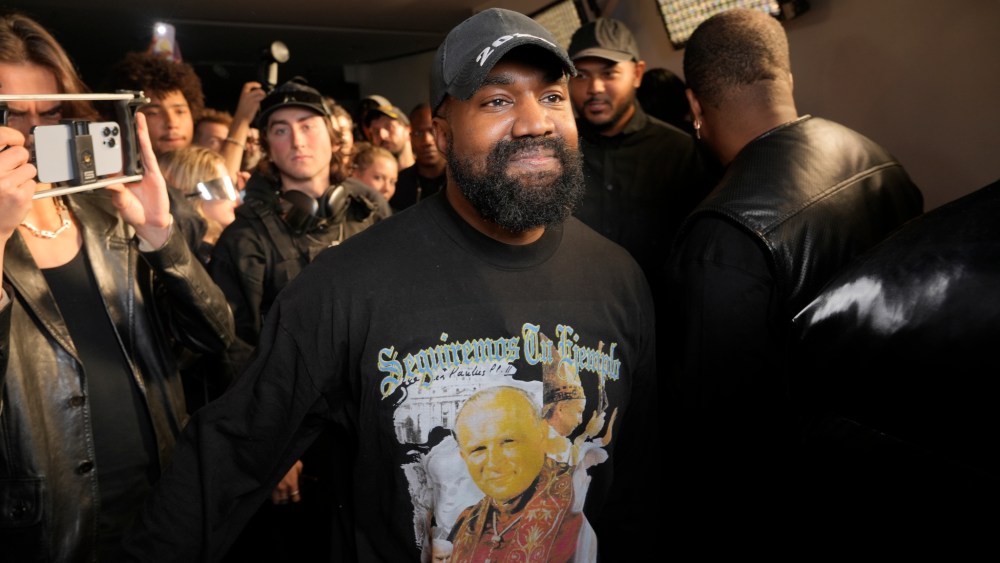 PARIS — Balenciaga has severed its ties with Ye.

Following the publication of its third-quarter results on Thursday, parent company Kering said the French fashion house would no longer be working on projects with the rapper formerly known as Kanye West, who has made increasingly controversial public comments in recent weeks, including anti-Semitic threats.

“Balenciaga has no longer any relationship nor any plans for future projects related to this artist,” Kering said in a response to a query from WWD. It did not elaborate further.

The “Stronger” singer opened Balenciaga’s summer 2023 show, held in a mud pit during Paris Fashion Week, wearing what looked like battle gear, including a branded mouthguard shielding his teeth. The image has been removed from Balenciaga’s website.

It was his latest collaboration with Balenciaga artistic director Demna, following the launch earlier this year of their Yeezy Gap Engineered by Balenciaga line, which dropped in February in tandem with Ye’s “Donda 2” experience performance in Miami. Demna served as creative director for an earlier listening event for the album last year.

The designer also has a strong relationship with Ye’s ex-wife Kim Kardashian, who appears in advertising campaigns for Balenciaga, and her extended family. Sisters Kylie Jenner and Khloé Kardashian attended the Balenciaga show on Oct. 2.

Ye last month terminated his partnership with Gap Inc., signaling an increasingly combative attitude that has also left his 10-year relationship with Adidas hanging in the balance. The German sportswear firm said on Oct. 6 its partnership with the Yeezy brand was “under review.”

The rapper, who was diagnosed in 2016 with bipolar disorder, has appeared to spiral out of control since staging a surprise YZY show in Paris that featured T-shirts with the slogan “White Lives Matter” and opened with a monologue in which he prided himself as being “unmanageable.”

According to the Anti-Defamation League, “White Lives Matter” is a white supremacist phrase that originated in early 2015 as a racist response to the Black Lives Matter movement.

Faced with violent public backlash over the show, Ye publicly attacked everyone from fashion editors to former friends and luxury mogul Bernard Arnault. After he was suspended from Instagram and Twitter for violating the platforms’ policies on hate speech, Ye said he had agreed to buy right-wing social media platform Parler.

Balenciaga has made no public comment about its ties with Ye, prompting some industry commentators to question its stance and the future of the relationship.