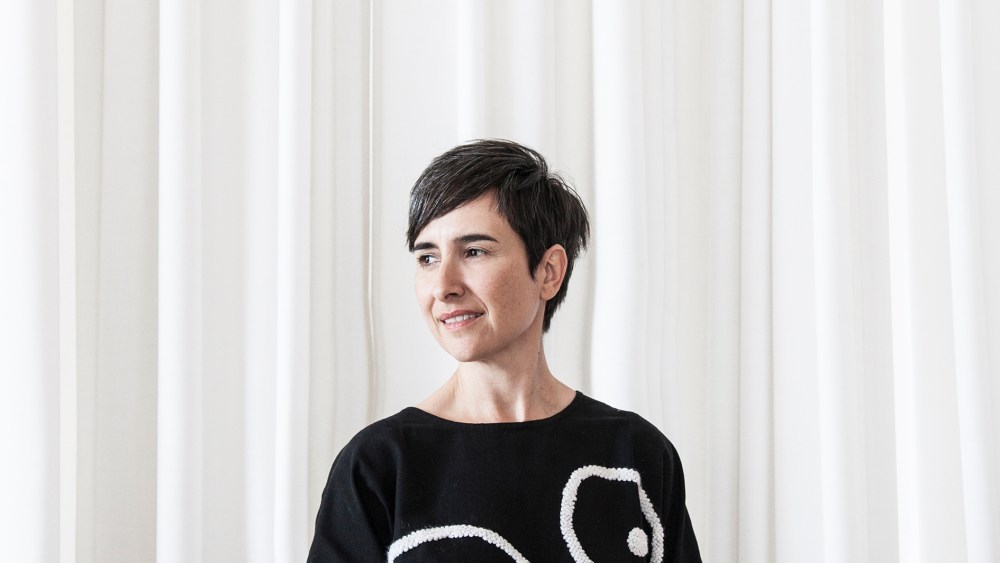 MIAMI HONOR: Talk about stirring the political pot. A Mexican woman has become the first fashion designer to receive DesignMiami fair’s Visionary Award. Carla Fernández will accept the honor in tandem with her husband, visual artist and designer Pedro Reyes, during Miami Art Week in December. Speaking from their home in Mexico City, she wasn’t aware of the distinction, but was elated that fashion is getting its due. “People think of fashion as superficial, but the boundaries of what’s considered art, design and fashion have to change,” said Fernández.

Beyond their marital status, the couple comes as a unit a lot these days for their shared, recurring themes of political protest, social justice and helping out the little guy. Their anthropological practices were another impetus for their first museum exhibit, “Double Agents,” which is on view at the Scottsdale Museum of Contemporary Art through Feb. 3. During DesignMiami, one of their booths will disseminate information on global migration and split proceeds from the sale of limited-edition tunics, ponchos and totes between indigenous communities and migrant children separated from their parents. Linen and cotton pieces are printed with a text-based map of the Americas that documents first nations. The original, large-scale map, their sole collaboration for the exhibit, which SMoCA commissioned, is a work in progress as their research unearths more indigenous groups. They hope to draw attention to these overlooked people.

“I’m a white Mexican, and I even see the struggle of the color of your skin. This way of thinking is so obsolete,” she said.

The exhibit displays eight of her signature utilitarian outfits from the fall collection titled “Tierra Colorado” (Red Earth). Fernández, who has a history of celebrating and collaborating with artisans in Chiapas, sees no differentiation between haute couture and the fine embroidery and other traditional techniques preserved by these craftsmen. “There’s so much subtle beauty in their work like a touch of metallic thread in their skirts will flicker in the sunlight,” said Fernández, whose use of embroidery — bold geometric patterns on sleeves and farming tools to embellish a Frida Kahlo-inspired Maoist suit—is represented in the exhibit. “Many pieces take seven months to backstrap loom and embroider.”

She annually produces only four chamula coats, one of her staples, due to the time-consuming process. The show’s more luxurious version features allover black wool versus her typical wool accents. The multifunctional, sleeveless wrap gives farm workers full use of their arms and converts into a skirt and blanket. Its beauty and efficiency speak to her sustainable mission.

For the exhibit, she collaborated with two of Mexico City’s premier florists for custom headdresses of dried flora from Mexico, another homage to agricultural workers, as well as Maruch Sántis Gómez, an indigenous artist in Chiapas. Sántis Gómez’s still-lifes and portraits accompanied by her funny commentary based on her remote region’s wacky folklore are also used for Fernández’s current marketing campaign.

The exhibit’s videos, which are streamed on her web site, demonstrate how artisans make these pieces. They’ll soon be demonstrating their techniques in person through artist residencies at Fernández’s flagship, which opens in a three-story Beaux Arts mansion in the Colonia Juárez neighborhood of Mexico City in January. Her fifth retail location houses collections for men, women and home, two apartments for artists, and an entire floor to host workshops. It’s a dream nearly 20 years in the making.