Maria von Euler has been on a whirlwind world tour for Molami, what the Swedish industrial designer describes as her “high-heeled earphone brand.” 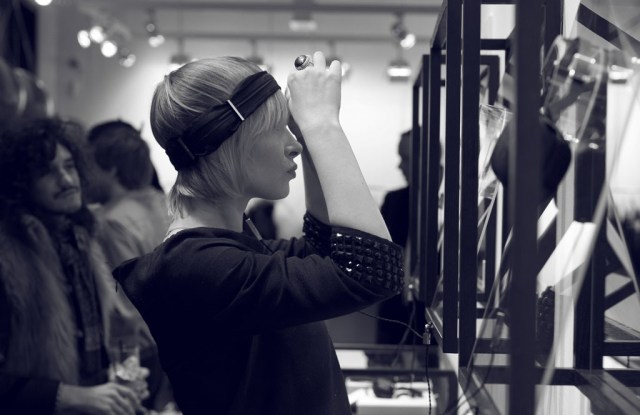 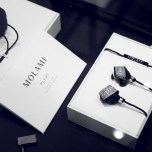 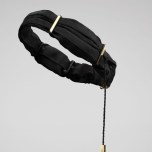 EAR CANDY: Maria von Euler has wrapped up a whirlwind world tour for Molami, a chic range of what the 30-year-old Swedish industrial designer describes as her “high-heeled earphone brand.” Molami had special prelaunch events at Colette in Paris, Fivestory in New York, I.T. Hysan One in Hong Kong, Isetan in Tokyo, Daad Dantone in Milan, Renaissance in Antwerp, and Nitty Gritty in Stockholm, before landing at Departmentstore Cabinet in Berlin on Dec. 1. The tour wound down at Start in London on Dec. 7.

Molami is the first electronic brand made for women, von Euler claimed. Inspired by Coco Chanel and the cult of the “little black dress,” Molami is available in black and white only, and accented in 24-karat gold and silver.

The three Molami styles start with the little ear-click model Bight, designed in folded and twisted napa leather or stingray. Twine, a soft Japanese hand-washed silk and chiffon headband, is the most feminine, the designer noted. Last in the line-up: Pleat, a napa leather and suede over-ear headphone with an on-neck rotation feature, allowing Pleat to be worn flat against the collarbone like a necklace when not in use. All come with a finely twisted microphone/remote cord with a gold or silver Molami clip, a gold- or silver-accented headphone plug and a carrying pouch. Manufactured by Zound Industries, Molami is set to retail between 150 and 399 euros, or $196 and $520 at current exchange.