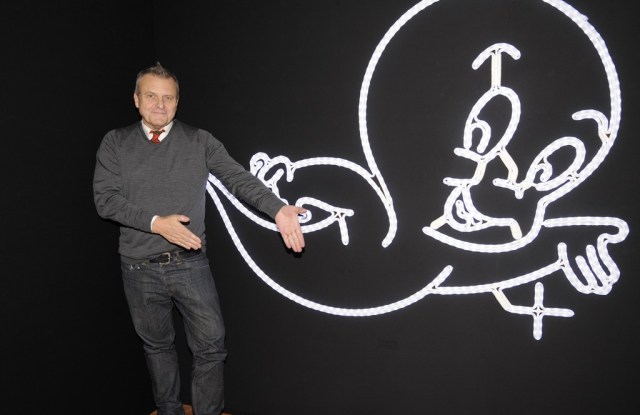 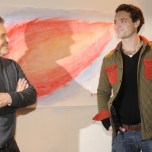 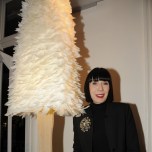 ’TIS THE SEASON: Fashion journalist Marie-Christiane Marek on Monday night unveiled the designer Christmas trees that will be auctioned off for charity on Monday at Paris’ Hôtel Salomon de Rothschild. For the 17th annual event, an eclectic cast of designers and brands, such as Jean Paul Gaultier, Christian Dior, Stella McCartney and Ali Mahdavi, put their touches on the 36 sparkling creations. First-timers included Philippe Soussan and Hubert Barrère for Lesage.

Gaultier’s tree could not fit through the door. “It involves Plexiglas and Diet Coke cans,” Marek explained.

“I have always been a ghost buster. I love haunted places. I live in a very old mansion,” said the designer, who is working on his first pre-collection. De Castelbajac’s son, Louis-Marie, explained he is working with his father on the new Lignée line.

The Christmas trees will remain on display until Sunday. Last year, they raised more than 80,000 euros, or $104,634 at current exchange, for cancer research.