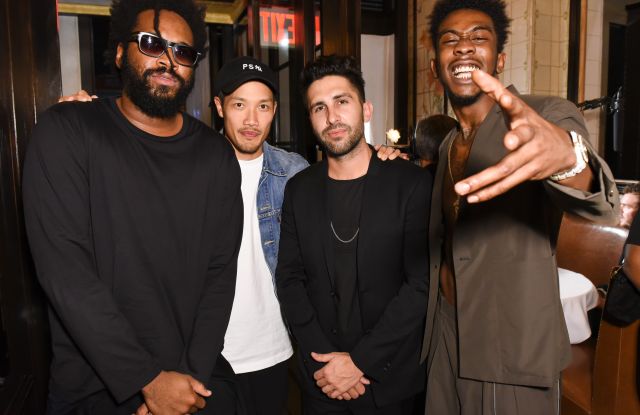 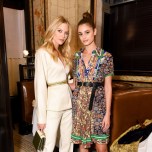 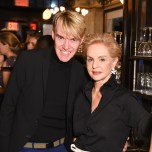 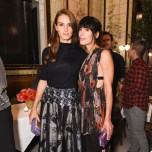 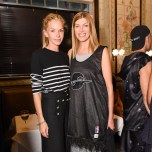 For those not competing in the CFDA/Vogue Fashion Fund design challenge, the biggest challenge Tuesday evening was claiming a sliver of standing room without colliding with the trays of Champagne or beef sliders in heavy rotation at Augustine, the much-anticipated, yet-to-be-opened Financial District restaurant by Keith McNally. Also, trying not to sweat.

“It’s very warm in there,” said Pamela Love, one of the many CFDA/VFF alumni who came out for the post-judging party as she stepped outside to get some air. The place was stuffed to the gills with designers who have been through the program — Thakoon Panichgul, Shane Gabier and Chris Peters, John Targon and Scott Studenberg, Tabitha Simmons, Prabal Gurung, Dao-Yi Chow and Maxwell Osborne — its judges, including Steven Kolb, Jenna Lyons, Ken Downing, Marcus Wainwright and David Neville, and those who were there because it’s Vogue: most of its editorial staff, models like Taylor Hill, Martha Hunt and Hari Nef, and Carolina Herrera.

The shindig happened about an hour after this year’s troop of CFDA/Vogue Fashion Fund finalists presented the judging panel with their design challenge. No winner was revealed — it’s more of a step along the way before the competition concludes next month. Underwritten by Intel, the task was to design something that utilized the Intel Curie chip and connected it to a personal memory. “I’m a reasonably smart guy, “ Kolb said, “but when I read the design challenge brief, it was a little hard to understand.”

The competitors were all present with a model wearing the fruits of the challenge. Adam Selman based his Curie — embedded in a rose-shaped pin that could light up if, say, your Uber was arriving — on his days at the Chelsea Hotel when he worked as a personal assistant. “We all need one of those,” he said. His muse was one of the hotel’s longtime residents Stormé DeLarverie, a former drag king, on whom Selman based the silver lame denim wide-leg pants and jacket with a rose-embroidered bustier he whipped up for the challenge.

A blond with short blunt bangs was wearing a black dress embroidered with twinkle lights that lit up when she made certain gestures. “We looked at photographs from over the years and what was most important was a specific movement or gesture someone was making,” said Beckett Fogg, who designs Area with Piotrek Panszczyk.

“We wanted to give the Curie memory,” said Panszczyk, noting that they sewed the chip into the dress’ ruffled wrist and taught it nine moves that would work in various situations — on a stage, playing sports, at a club. Fogg raised her arm to demonstrate a move that felt relevant at the moment: “You can be like, ‘Hey bartender, I need a drink.”