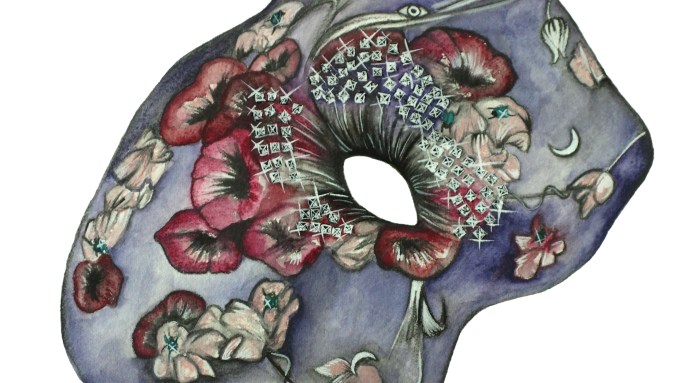 Thirty designers have been tasked to transform the look of “The Phantom of the Opera” mask in celebration of Broadway’s longest-running musical.

The Council of Fashion Designers of America, Bank of America and “The Phantom of the Opera” have teamed up for the musical’s 30th anniversary in a project that supports Broadway Cares/Equity Fights AIDS. The “Phantom” mask was originally designed by Maria Bjornson and realized by milliner Rodney Gordon.

Designers were asked to create a one-of-a-kind mask with their own aesthetic vision.

The designs will be revealed during an exclusive invite-only event sponsored by Bank of America on Oct. 30. Beginning Oct. 31, the 30 masks will then go on display at the Museum of the City of New York for 30 days.

The one-of-a-kind creations will be up for bids during a special online auction from Oct. 30 to Nov. 30. Proceeds from the auction benefit Broadway Cares/Equity Fights AIDS.

“Fashion is as much a part of New York’s cultural landscape as Broadway is,” said Steven Kolb, president and chief executive officer of the CFDA. “By teaming up with ‘The Phantom of the Opera’ for its three-decade milestone, we are excited to bring a creative touch to the musical’s famed mask while at the same time helping a cause that is important to the CFDA through Broadway Cares/Equity Fights AIDS. None of this would be possible without Bank of America’s generous support.”

Cameron Mackintosh, producer of “The Phantom of the Opera,” added, “I know that our beloved designer, the late genius Maria Björnson, would be honored to have her iconic design interpreted by these amazing designers and celebrated by the fashion world.”