Designers Create Ornaments for Save the Garment Center

Their creations will be unveiled on the Carlton Hotel’s holiday tree Dec. 5 with a tree lighting ceremony with the cast from “Pippin.” 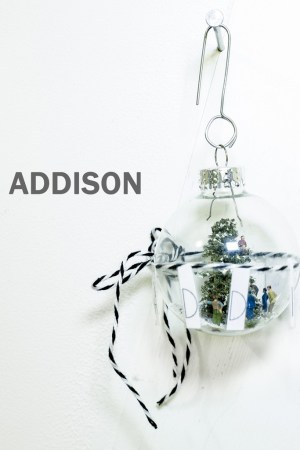 DECK THE HALLS WITH NYC: The Save the Garment Center initiative is about to get some holiday cheer, thanks to 30-plus designers, including Anna Sui, Shoshanna Lonstein, Nicole Miller, Nanette Lepore, Malia Mills and Theia’s Don O’Neill. Making good on a request by Caravan Stylist Studio’s Claudine DeSola, a longtime Garment Center supporter, they have designed $30 ornaments that will be sold with all proceeds benefiting STGC.

The participants make all or most of their collections in New York. The designers’ creations will be unveiled on The Carlton Hotel’s holiday tree Dec. 5 with a tree-lighting ceremony with the cast from the Broadway show “Pippin.” Shoppers can buy the ornaments Dec. 4  to 18 in the hotel’s lobby.

Caravan Stylist Studio and The Carlton Hotel have also teamed with the social marketing platform PromoJam and launched a digital holiday tree Tuesday that will display Instagram pictures taken by participating designers of their holiday ornaments so that fans can have a closer look.

The Made in NYC tree stands to raise interest in local designers, something The Carlton Hotel’s Victor Freeman has helped champion. DeSola said, “Our goal is to turn The Carlton Hotel into a fashion ideas hub where we can generate different projects from the holiday program to art projects to fashion week initiatives.”