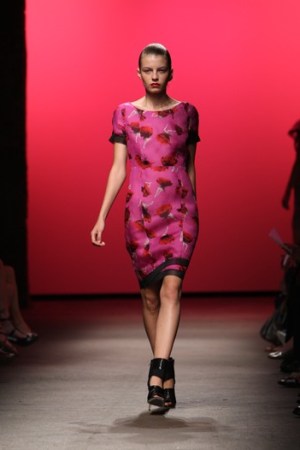 Target has tapped Thakoon Panichgul to design a sportswear collection that breaks Christmas Day. “They were very easy to work with,” Panichgul said Saturday in Dallas. “They wanted a lot of prints, and I chose silhouettes that have done well in the past.” The designer was in Dallas with Peter Som and Marchesa designers Keren Craig and Georgina Chapman for a CFDA-sponsored runway show at NorthPark Center’s Fashion at the Park. After the show, NorthPark hosted the designers and other guests for a braised beef dinner at the Mansion on Turtle Creek.

“If it weren’t for Neiman Marcus, we wouldn’t be in New York,” Craig said. “They came to us in 2005 and said, ‘We’d love to carry your designs in our stores.’ So we came to New York to do a sample collection for them, and we never left. They’ve been our partner along the way, and we owe them so much.”

This story first appeared in the October 15, 2008 issue of WWD. Subscribe Today.

All four designers said they are focused on making their collections as strong as possible, given the economic roller coaster. “People are still shopping, and they’re looking for quality, novelty and something they haven’t seen before,” Som said. “It allows me to be more creative.”