Dior, Chanel and Elie Saab and others created 30 Christmas trees for a fundraiser organized by journalist Marie-Christiane Marek.

By Laure Guilbault and Miles Socha on November 21, 2016
View Slideshow 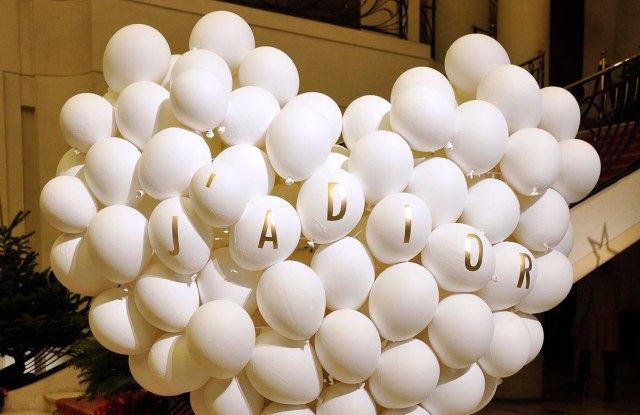 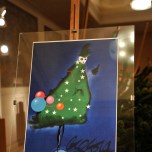 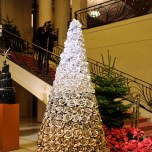 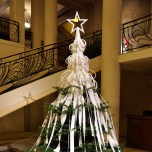 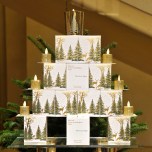 “But wait until you taste the second one,” she said, awaiting the Laurent-Perrier blend known as Grand Siècle.

Earlier, 30 trees – or artistic interpretations of them – were auctioned off, with participating designers and fashion houses including Jean Paul Gaultier, Dior, Chanel, Elie Saab and Emanuel Ungaro.

Gaultier oohed and aahed over never-before-seen photos of Josephine Baker that were displayed on a smartphone and passed around the table, and was told they destined for a future museum dedicated to the legendary performer.

After a major press trip through Mexico, Argentina and Brazil, Gaultier said he’s planning to spend a quiet Christmas in the south of France with his partner and his eight-year-old Siamese cat, who he named Linda after the famous Canadian model Linda Evangelista.

“I chose Linda because of the eyes,” he explained. Despite her glamorous name, the cat is an enigma, unlike Karl Lagerfeld’s famous blue-eyed Birman named Choupette.

“I don’t want her to be famous, even if she’s beautiful,” he said with a laugh.

A performance by Lonny Montem, the singing, violin-playing daughter of actor Thierry Lhermitte, followed the dessert with a brief speech by oncologist David Khayat, founder of the event’s beneficiary, Charter of Paris Against Cancer.

Francis Kurkdjian, Ali Mahdavi and Jean-Claude Jitrois were among guests who turned out to the Théâtre des Champs-Elysées three nights earlier for the auction preview.

Jitrois, who called Casta “an ambitious and talented young woman,” has been participating to the designer Christmas trees initatiative since its first edition. This year, he was inspired by the Tower of Babel. “Because everyone was speaking the same language,” he said, noting that his tree with a metal structure involves Swarovski crystals and leather fringes.

Madhavi contribute with a photograph instead. The fashion photographer lensed Monica Bellucci as Mary, mother of Jesus. “I wanted something simple like a Hans Memling painting, and in the nude tones. Monica already played Mary Magdalene in a Mel Gibson’s film, but it was her first time as Virgin Mary. To me, it was obvious to portray her as a Madonna. She’s the ultimate woman,” he said.

Kurkdjian created a tree featuring his candle Mon beau Sapin, whose scent mimicks a real spruce tree. “It features notes of tree with warm undertones of woods,” the perfumer explained.