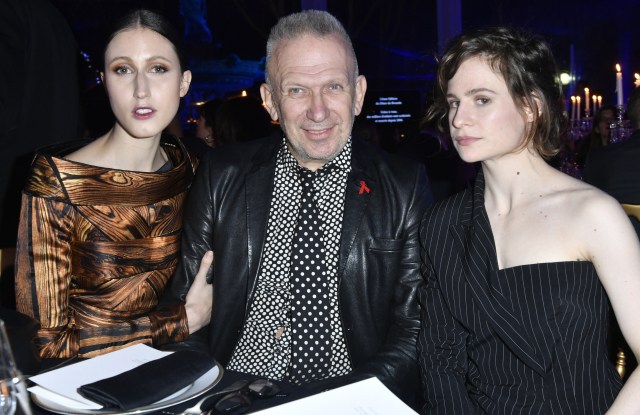 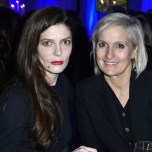 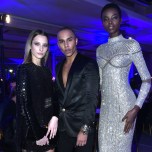 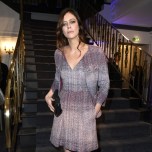 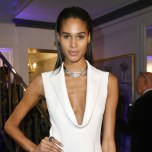 FESTIVE SPIRIT: It was beginning to look a lot like Christmas as guests flowed into Yannick Alléno’s three-star restaurant, the Pavillon Ledoyen, on Thursday night Numéro editor in chief Babeth Djian’s annual dinner for Rwandan children, with proceeds going to Les Amis des Enfants du Monde (Friends of the Children of the World).

Designers including Olivier Rousteing, Alber Elbaz, Alexandre Vauthier, Jean Paul Gaultier and Christan Louboutin — who took Djian for a spin on the dance floor — got into the festive spirit.

Sparkle and black was the dress code with outfits ranging from Karidja Touré’s peak-shouldered silver and black jacket by Mugler to the matching, jewelry-loaded, black and gold Saint Laurent ensembles sported by rising rock star brother-sister duo Natalie and Elliot Bergman of Wild Belle who had been flown in by the house for the event. “I love bells,” deadpanned Elliot Bergman, whipping out his phone to share a photo of a set of bronze bells he has on display in a Paris gallery. The group is recording their third album, “a back-to-roots affair,” between Chicago and Los Angeles.

“Some precious family time” topped the list for French soccer star Djibril Cissé, who said he’s working on developing his signature streetwear label. Looking dapper in a black tuxedo by Hugo Boss, the edgy sportsman, who lives between Switzerland, Paris and Corsica, said he’s looking to “put more of myself into the collection; to infuse more of my style, which is a bit more eccentric.”

Multitasking DJ Ariel Wizman, who cohosted the event with Mademoiselle Agnès, revealed he has a documentary due out on Arte about “the antifashion movement.” “It looks at the state of fashion at the moment, covering irresponsible production processes, designer burn-out, pressure from shareholders and all areas where fashion needs to renew itself and find new territories,” said Wizman who is also a presenter for French radio station Europe 1 and was recently appointed director of content for Vice Media France.

Catching up with house muse Anna Cleveland, meanwhile, Gaultier dissed Paris mayor Anne Hidalgo’s decision to nix the Christmas market on the Avenue des Champs-Élysées. “It’s outrageous, it’s so popular with the tourists and even the Parisians love it, it brings this part of the avenue to life. I’m totally against the ban,” scoffed the designer who is also opposed to Hidalgo halting the big wheel on the city’s Place de la Concorde. “I once took a ride on it at night with the Eiffel Tower sparkling and all the city lights….Maybe I’m just a big kid at heart but I find it beautiful,” said the couturier, raising his glass. “Long live the Christmas markets — and what would the season be without a glass of mulled wine.”