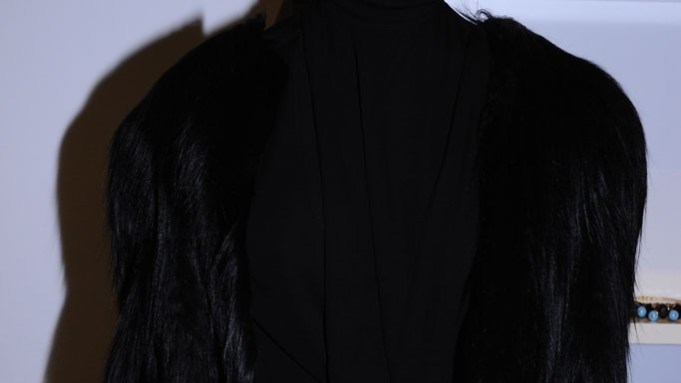 Front-row stalwart James Goldstein, sporting his signature leather jacket and Crocodile Dundee hat, was also among the crowd checking out 11 international up-and-coming brands. It turns out the Los Angeles-based multi-millionaire and NBA fan will launch his own fashion line next fall.

The collection for men and women is being developed in partnership with four Milan-based investors, who have plastered the city with photos of Goldstein to generate buzz. “It’s going to be my style, the kind of thing I wear,” he said. “It will be for people who like to go nightclubbing and that kind of thing — hip and edgy clothes.”

Now in its third season, The Vogue Talents Corner is open to the public until Feb. 25. Visitors can order items from designers’ spring-summer collections directly on thecorner.com, using Samsung Galaxy Note 10.1 tablets dotted throughout the exhibition space.

Jessica Stam was there to support her friend Dana Lorenz, who designs the Fenton Fallon jewelry line, and to tweet on behalf of co-sponsor Samsung using one of their Galaxy Note II smartphones. “It’s great. It has a much better screen and you get to doodle. I’ll show you what I mean,” she said, pulling up a series of sketches she whipped up between shows.