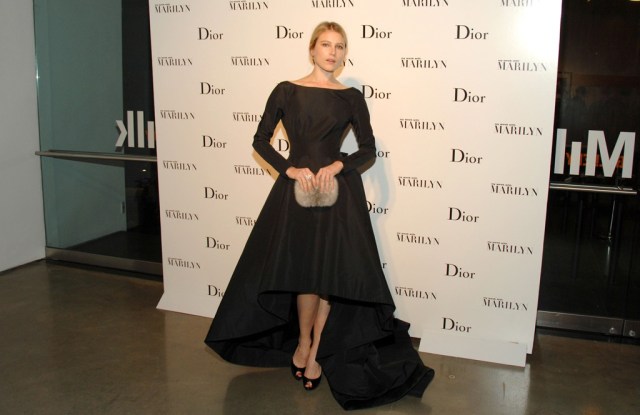 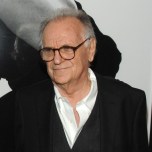 DESPERATE FOR MARILYN: It’s hard to compete with a bunch of half-naked models strutting around while Jay-Z and Kanye West perform live. But if the Victoria’s Secret fashion show commanded the lion’s share of media-nightlife attention in New York Wednesday night, the ghost of Marilyn Monroe managed to draw a crowd of its own for the Dior and Weinstein Co.-sponsored opening of “Picturing Marilyn,” an exhibition of Monroe photos at Milk Gallery. Christie Brinkley was there, as well as Jessica Stam, Coco Rocha, Georgina Chapman, Keren Craig, Olivier Theyskens and a few of Monroe’s remaining peers, including Bert Stern, Celeste Holm and Joan Copeland, Arthur Miller’s sister, who offered her own theory on why Monroe was so photogenic. “Marilyn had this peach fuzz on her face,” said Copeland.

Dior supplied the furniture and a re-creation of the black dress Monroe was photographed in by Stern during “The Last Sitting.” Dree Hemingway, who is blonde, just like Monroe, had the honor of wearing the dress for the evening.