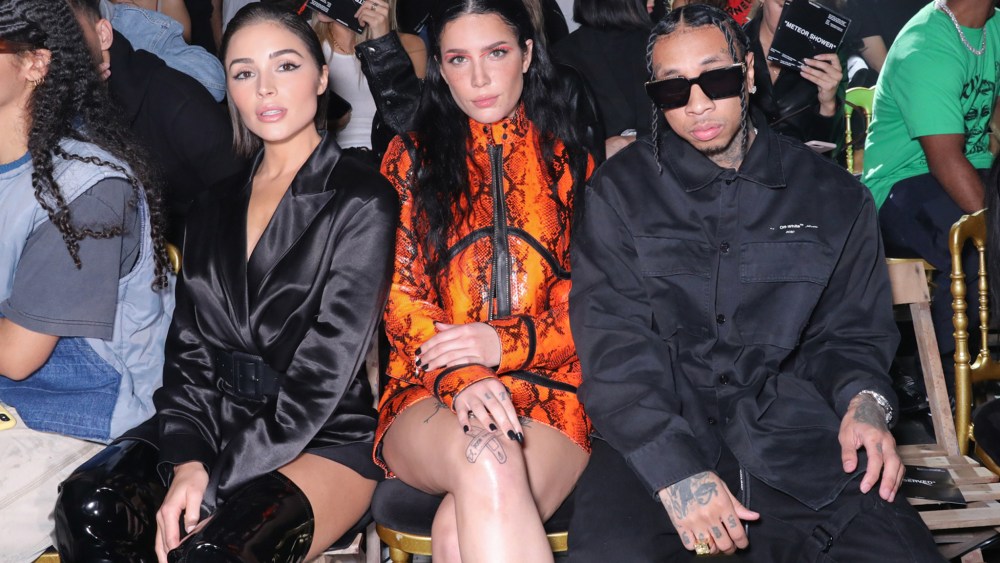 SHOOTING STARS: Despite Virgil Abloh’s absence, his spring show in Paris was as star-studded as ever, whether on the runway with sisters Bella and Gigi Hadid, or among the guests. An empty seat near Ben Gorham was meant for Naomi Campbell but as attendees were ushered into their seats by the staff, there was no sign of the supermodel, who closed the Saint Laurent show earlier in the week.

“A collection called ‘Meteor Shower’ was the perfect time to bring out the metallics,” said Larsen Thompson, as she twirled in a silver bodysuit before the show. The actress, who has recently starred as at-risk teen Kelly in 2019 thriller “Bloodline,” is in Paris shortly before jetting off to Thailand to shoot an upcoming campaign for jewelry brand Pandora. She will celebrate her November birthday with her first cover, for a magazine she couldn’t yet disclose.

Freshly arrived in Paris, actress Ryan Destiny looked like the night sky in a black outfit with pinstripe details. The former leading lady of Fox’s canceled drama “Star” is filming her first season on “Grown-ish,” in which she plays Jillian, a filmmaking student from a historically black college and university who transfers to Cal U. “She’ll be juggling her academic career, new friends and perhaps even a new love interest. But I’m in Paris for a full week, and honestly, I was looking at everything in awe. I can’t wait for time off to explore,” she said.

As the lights dimmed for the show to start, a glowing presence shot by: catwalk superstar Campbell had arrived.