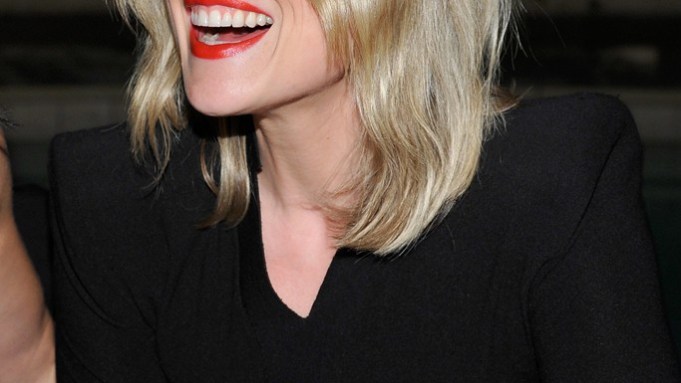 DEVI DEALS: Devi Kroell took its act to Hollywood last week where it showcased its wares at a dinner hosted by Ali Larter, Minnie Mortimer Gaghan and Claiborne Swanson Frank at the Sunset Tower on Thursday. The brand has plans to open a boutique on Rodeo Drive in the spring, but until it has brick-and-mortar retail in Los Angeles, showcasing the collection on socials and starlets is one way to take care of business. Said Larter, “I’ve always been a fan of their bags and shoes….That’s the difference between a good accessory and a great accessory.”

Besides hosting and attending fashion dinners, Larter has a full plate. She’s working on a home entertaining book, finishing taping on Showtime’s “House of Lies” and just sold a still-untitled show that she called “‘Mean Girls’ meets the charity world.” She plans to film the show in New York.

With Hurricane Sandy still front of many guests’ minds, Crystal Lourd, Shiva Rose, Rochelle Gores Fredston, Magda Berliner and Mary McDonald traded New York stories. One bicoastal guest, who took planes, trains and automobiles to get to Los Angeles, said, “I’m happy to be here. I got to take my first shower in days.”