The 11 Best Diane von Furstenberg Quotes of All Time

From fashion design to female empowerment, here are some of the most inspiring quotes from the legendary designer.

Since the Seventies, Diane von Furstenberg has been one of the industry’s most influential fashion designers.

In 1974, the Belgian-born, New York-based designer introduced the iconic wrap dress, defining her feminine and empowering design aesthetic for the years to come.

Aside from fashion design, Furstenberg has served as the chairman of the Council of Fashion Designers of America for 13 years, and is set to pass on the role to Tom Ford in June following the upcoming CFDA Awards.

As a longtime champion of female empowerment — long before other designers jumped on the bandwagon — DVF has shared many wise words and pieces of advice throughout her entire career. Now that the designer is gearing up for her 10th annual DVF Awards tonight in New York, WWD rounds up some of her most memorable quotes: 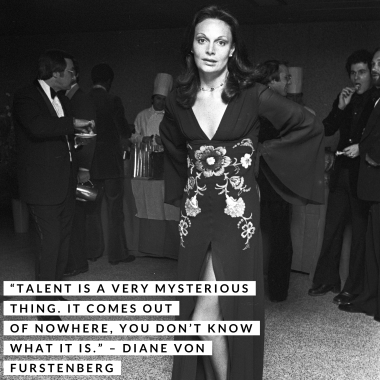 “Talent is a very mysterious thing. It comes out of nowhere, you don’t know what it is.” — September 2014 (“The DVF View: ‘We Have to be True to Ourselves'”) 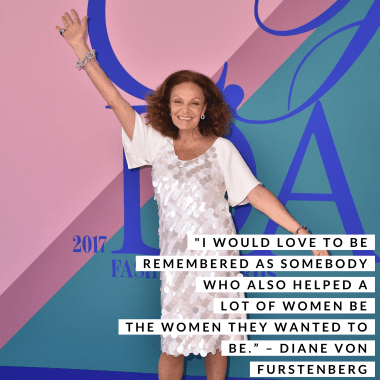 “I would love to be remembered as somebody who also helped a lot of women be the women they wanted to be.” — February 2019 (Diane von Furstenberg RTW Fall 2019 Review) 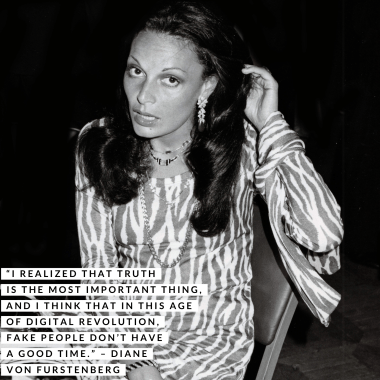 “I realized that truth is the most important thing, and I think that in this age of digital revolution, fake people don’t have a good time.” — April 2014 (“The Digital Life of Diane von Furstenberg”) 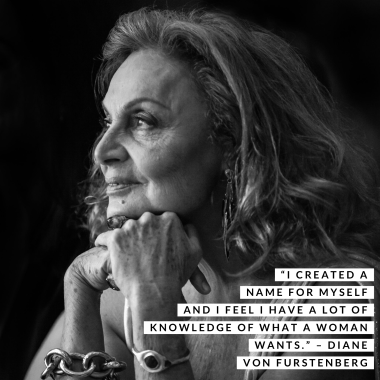 “I created a name for myself and I feel I have a lot of knowledge of what a woman wants.” — February 1989

7. On Getting Her Start 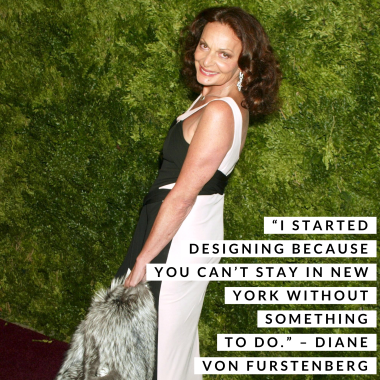 “I started designing because you can’t stay in New York without something to do.” — April 1970 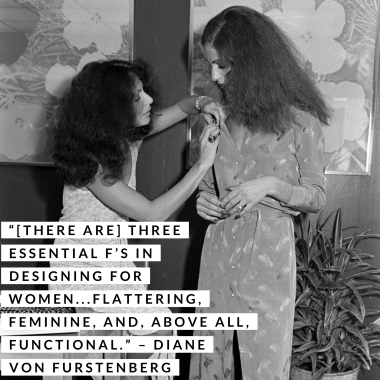 “[There are] three essential F’s in designing for women…flattering, feminine, and, above all, functional.” — January 1985

5. On Her Style Philosophy 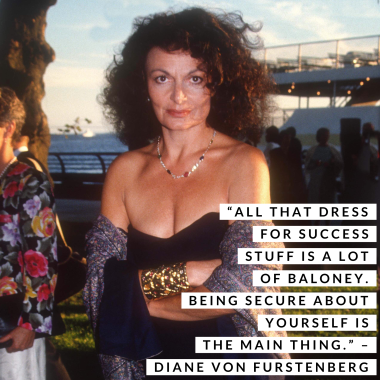 “All that dress for success stuff is a lot of baloney. Being secure about yourself is the main thing.” — March 1979 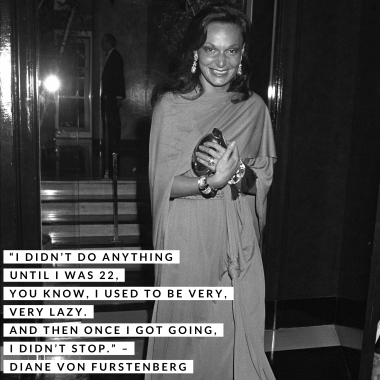 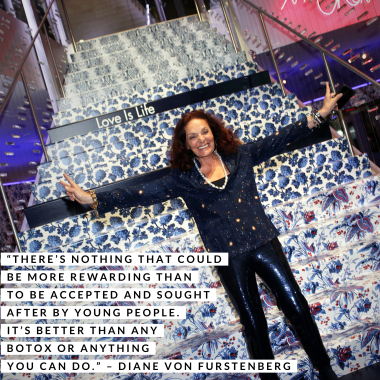 “There’s nothing that could be more rewarding than to be accepted and sought after by young people. It’s better than any Botox or anything you can do.” — May 2005 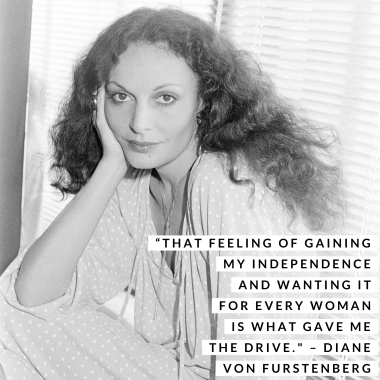 “That feeling of gaining my independence and wanting it for every woman is what gave me the drive.” — September 1977

1. On Her Design Goals 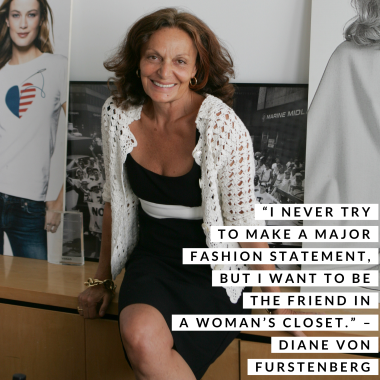 “I never try to make a major fashion statement, but I want to be the friend in a woman’s closet.” — January 2014

WATCH: Amy Schumer is the Fashion Guru You Didn’t Know You Needed