The show marked the second event in China for the brand this year.

By Casey Hall and Lorelei Marfil on October 27, 2016
View Slideshow 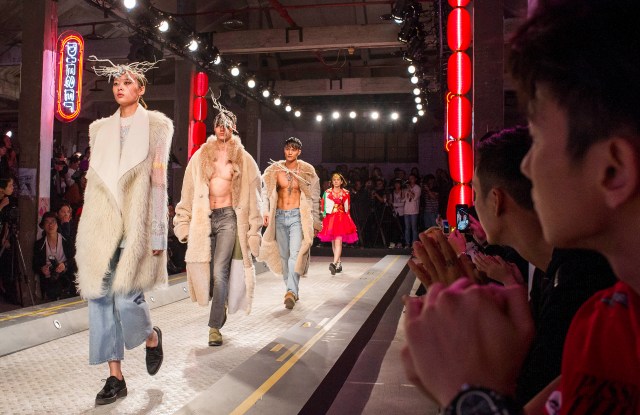 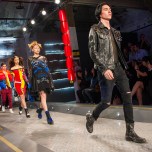 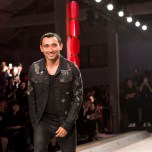 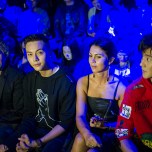 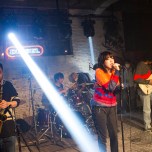 SHANGHAI — Diesel is making no secret of the fact that it’s turning its attention to China in a big way, on Thursday holding its second major event in Shanghai this year.

“This is the most important country for the fashion business in the future,” Diesel founder Renzo Rosso said matter-of-factly.

In recent years more accessible luxury and lifestyle brands have made significant inroads in China, as a middle class hundreds of millions strong rises up and many consumers who previously focused on purchasing pure luxury product look instead at bridging brands and diversifying their spending to include international travel and more entertainment options.

According to Rosso, Diesel is a beneficiary of this trend, though the privately held company does not disclose specific and separate financial information per market or per brand.

“China is inspiring Diesel to become more of an alternative to luxury. In this way China is helping us to build up the brand, the collections. This is the country where we are selling jeans that are 900 euro [about $1,000], it’s the only country in the world that understands and loves what we are doing in this way,” he said.

Held in an abandoned factory by Shanghai’s less-than-glamorous Suzhou Creek — a far cry from the city’s more famous waterside promenade, The Bund — 1,600 people attended the show.

The factory’s interior, with its neon signage and stacked red lanterns, gave the venue something of a Chinatown in China feel, as models showed looks not only from the capsule collaboration, but also from the brand’s fall line.

“We are really focusing on China at the moment, obviously because of business, but I’m actually really into the style here. Even compared with last year, it’s changed so much, people are really into fashion and you can see it in the street, the way people dress is changing and we want to be part of it,” Formichetti said backstage after the show.

Diesel will have 26 stores in China by the end of 2016, and plans to open more stores next year.

According to Rosso, Diesel will also be balancing this continued brick-and-mortar investment with an aggressive online strategy in China, which boasts the most developed e-commerce eco-system in the world.

“Online is the most important channel for the future, this is the area we are spending a lot of money at the moment to become an important player for the future,” he said. “The new consumer is buying with their mobile and we have to find the best way to become cool and nice and to have an interaction with them through this little machine, that’s the focus.”

Beyond China, Diesel also is active in other markets, opening its sixth store in London — a flagship at 73 Brompton Road in Knightsbridge — with a new interiors concept created by the Japanese architecture firm Wonderwall and Formichetti.

“It’s inspired by a modern-day living space for modern-day Londoners and international shoppers,” said Formichetti. “It’s going to be an exciting place to experience the new Diesel energy.”

The 2,475-square foot store spans two floors and is located between Furla and Ted Baker. The interiors are conceptual, with features such as a stainless steel and glass installation and high-definition screens. There is antique-style furniture and Persian rugs, all from the brand’s Diesel Living interiors range.

There is a select edit from the spring 2017 pre-collection, as well as a range of U.K. exclusives such as a soft leather jacket and metallic shearling coat. The exclusive outerwear range is priced from 220 pounds, or $269, to 1,980 pounds or $2,421.

The flagship is a part of the brand’s new retail strategy. It set up shop on Madison Avenue last year. In September, the company marked its 30th anniversary in Japan, staging a runway show in a see-now-buy-now format followed by a party.