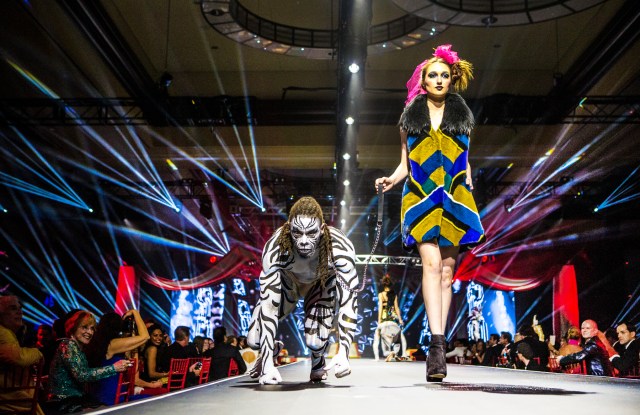 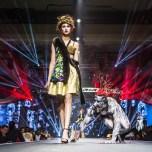 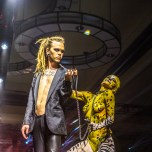 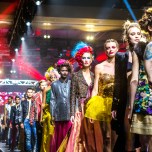 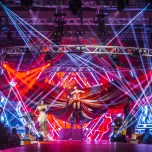 CIRCUS MAGIC: Glamour gals and guys plus a few surprises shared the runway Saturday night when the Dallas chapter of the Design Industries Foundation Fighting AIDS staged its 32nd annual benefit before a sold-out audience of 1,550. The 32nd annual auction of fashion and furnishings at the Omni Dallas Hotel grossed $1.4 million for local AIDS service organizations.

Creative directors translated the “Circo Rouge” theme into a kaleidoscopic show, presenting bizarro carny elements — a man suspending a heavy drum from his earlobes, for instance — as well as taut acrobats, strong men in skivvies and models in flamboyant dress, all illuminated by a sweeping light show.

The city’s fashion, interior design and styling communities come together to create the production, and this was one of the most elaborate. “There are hundreds of volunteers who make this a reality,” noted DIFFA Dallas board chair Justin W. Bundick.

Originally an auction of decorated and refabricated denim jackets, the fund-raiser since 2012 has sold designer jackets in addition to longtime offerings of accessories, trips and home furnishings.