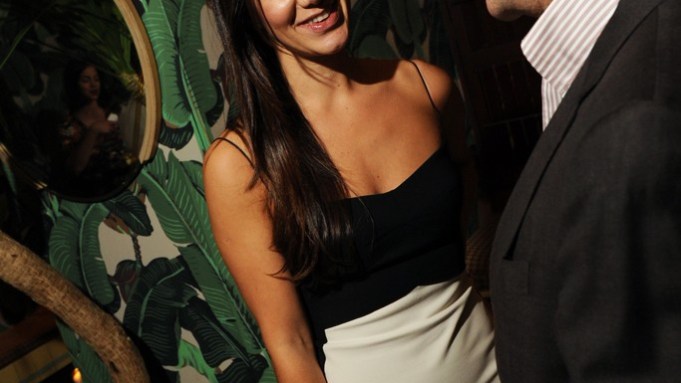 DINNER PIECES: Barneys New York hosted a dinner for buzzy Brazilian jewelry designer Ana Khouri on Thursday night at Indochine. A number of Khouri’s distinctive, sculptural pieces, which just launched with the retailer, were on display under cake domes throughout the space for partygoers — including Narciso Rodriguez, Vanessa Traina and Max Snow, Mia Moretti, Nadejda Savcova and Constance Jablonski — to peruse.

Khouri’s work has a few famous fans of late. Had seeing her work on anyone in particular surprised her? “I think it was Madonna, I don’t know, I think that every time I see my piece on someone I’m really like ‘Wow,’” Khouri said before dinner. “I think sometimes it resonates more with creative people — like in music or anything creative because they understand the language of the jewelry, it’s about connecting with the body.