Dior Caught in China Sovereignty Controversy Ahead of Shanghai Show

The brand soon apologized after a representative showcased a map of China, which excluded Taiwan during a Dream in Dior campus talk.

SHANGHAI — Dior is the latest luxury brand to get caught in China’s geopolitical disputes, an issue which has also stirred up trouble for Coach, Versace and Givenchy over the past two months.

A brand representative showcased a map of China, which illustrated the number of stores in the country, but excluded the disputed region of Taiwan during a Dream in Dior internship program campus talk, according to a video, which began to surface on Weibo, the popular Chinese microblogging platform similar to Twitter, on Wednesday.

When asked about why Taiwan was missing on the map by a university student, the representative responded: “I think it’s maybe because the picture is too small and Taiwan is too small.” 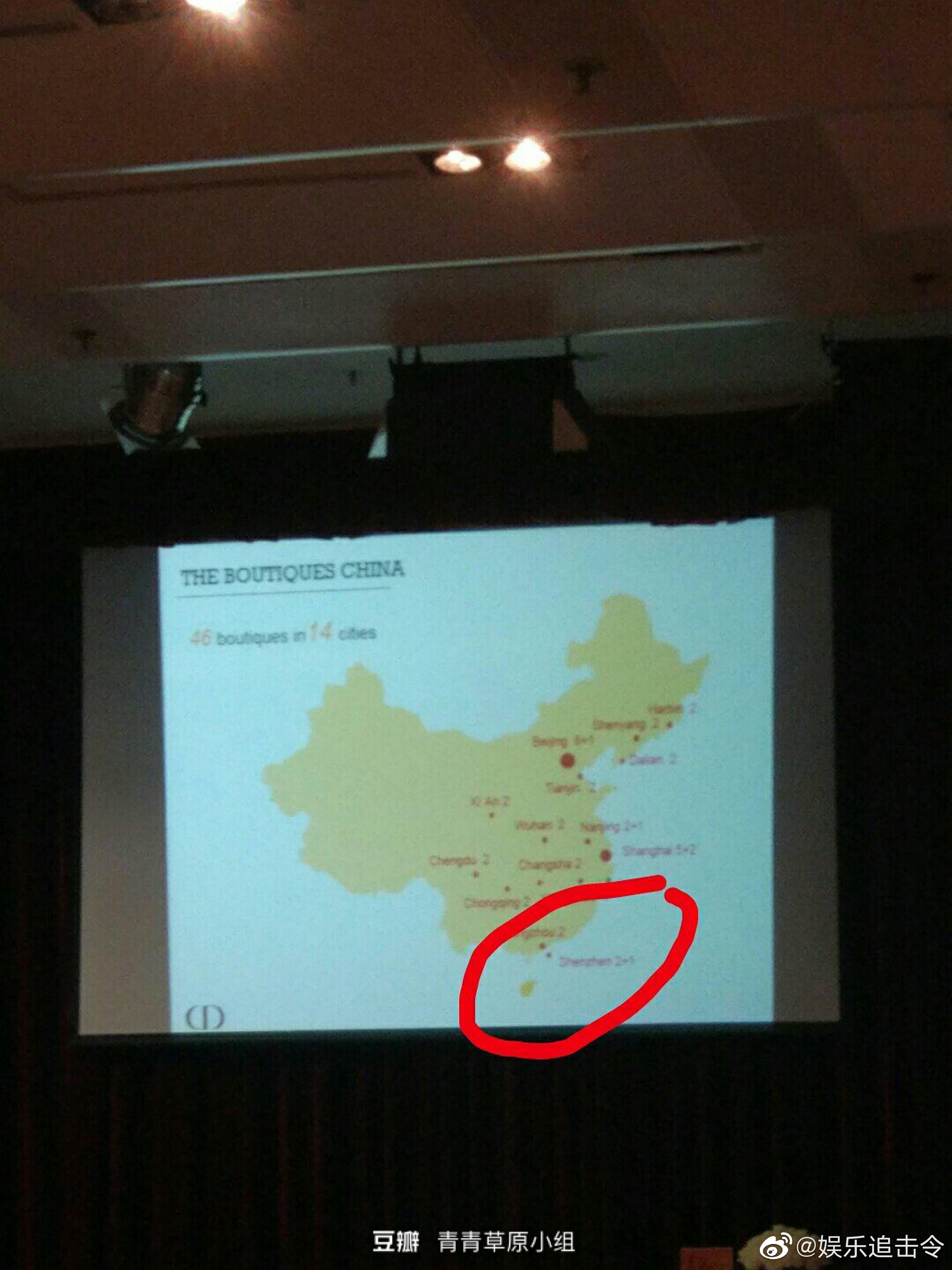 A screenshot of the video, showing a map of China, which exclude the disputed region on China.  Screenshot

The student then said: “But it can’t be smaller than Hainan island.” Her comment was met with a round of applause from the audience.

Taiwan is a self-governing island that Beijing claims as one of its territories, although it has never been under the rule of the Chinese Communist Party. Hong Kong is a former colony that was returned to China as a special administrative region that for many companies is managed separately to mainland China due to language and other market differences.

The student later added, “Yes, I understand you manage China, but your map says China. I still believe you need to include Taiwan in your map.”

Towards the end of the video, Dior’s brand representative did not directly respond to her question, or apologize, but said, “Taiwan and Hong Kong are categorized as a part of the Asia-Pacific region,” and “LVMH will not do anything that’s against China’s political stance.” 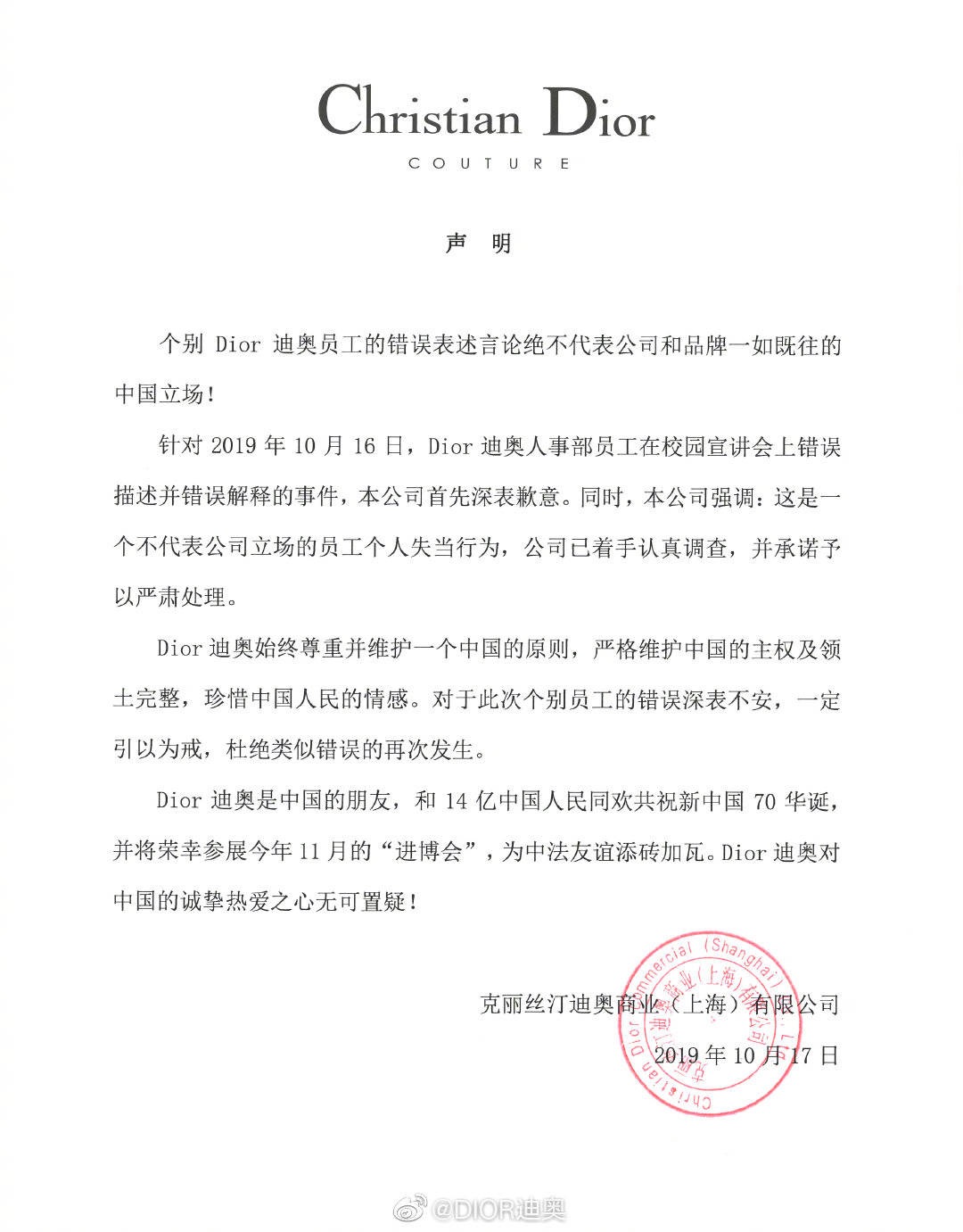 The video was widely shared within hours of publishing, sparking a backlash. Dior soon issued a statement and apologized on Weibo. The brand is re-showing its fall 2019 collection in Shanghai this Saturday.

Companies that operate in China–whether fashion brands or hotel operators or the NBA–are wary of running afoul of the Chinese Communist Party–or risk losing their access to a vital market. In the case of the NBA, the apology to China over a team manager’s support for Hong Kong’s protests has led to a separate backlash at its home in the U.S. for pandering to Beijing.

“Dior always respects and upholds the one-China principle, strictly safeguards China’s sovereignty and territorial integrity, and cherishes the Chinese people’s feelings. We are deeply concerned about the mistakes of this individual employee and must take precautions to prevent similar mistakes from happening again,” the company said.

No brand ambassadors or friends of the house have distanced themselves from the brand as of press time.