The French fashion firm confirmed it is planning multiple showings at the conceptual house conceived by Hungarian architect Antti Lovag. 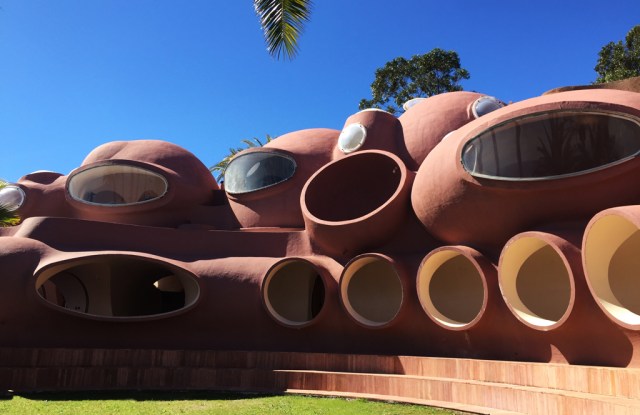 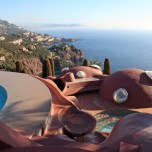 PARIS — The cruise season has yet to start, but its first big trend is hard to miss — groovy architecture.

Raf Simons is to parade his latest ready-to-wear collection for Dior on May 11 at the Palais Bulles, or Bubble Palace in English, the extravagant seaside residence of Pierre Cardin, WWD has learned.

The French fashion firm confirmed it is planning multiple showings at the conceptual house conceived by Hungarian architect Antti Lovag and famed for its Space-Age appearance and vistas of the Riviera coastline through circular windows and portals. The fantastical, cavelike structure was constructed between 1975 and 1989.

Dior’s choice of venue telegraphs Simons’ modernist leanings, and nods to an historic link: Cardin, who purchased the palace in 1992, worked beside founder Christian Dior from 1946, and was working in the tailoring department that spawned the iconic Bar jacket, an integral part of the New Look that debuted on Feb. 12, 1947.

Cardin, who would go on to launch his own couture house and licensing empire, has described the Palais Bulles complex as “something of a gallery of living art” and a retreat tantamount to “a little corner of paradise.”

Dior’s links to the South of France extend back to the founding couturier, who discovered the region in his 20s, ultimately buying a majestic nine-bedroom home, La Colle Noire, in the village of Montauroux, where he entertained such friends as the painter Marc Chagall. According to market sources, Dior recently purchased the Colle Noire property.

The founding designer typically repaired to the south after shows to conceive his next collections, often visiting the Grasse region, famous for its roses that inspired more than 50 dresses, according to Dior.

Dior’s cruise showing falls two days before the opening of the Cannes Film Festival, putting the French house in close proximity to the global film elite. Dior has dressed actresses to ascend the steps of the Palais des Festivals, precursor to the modern-day red carpet, since the Fifties.

Chanel begins the cruise season today in Seoul, with Karl Lagerfeld opting for the Dongdaemun Design Plaza, or DDP: a futuristic development by his fetish architect Zaha Hadid, along with Korean studio Samoo.

Louis Vuitton plans to show Wednesday at the Bob and Dolores Hope estate in Palm Springs, Calif., whose centerpiece is a striking, volcanolike John Lautner house with jutting, visorlike arches.