"I love the madness," shouted Eva Green as she whisked into the Dior show Monday in a gray suit, looking every inch the schoolteacher. 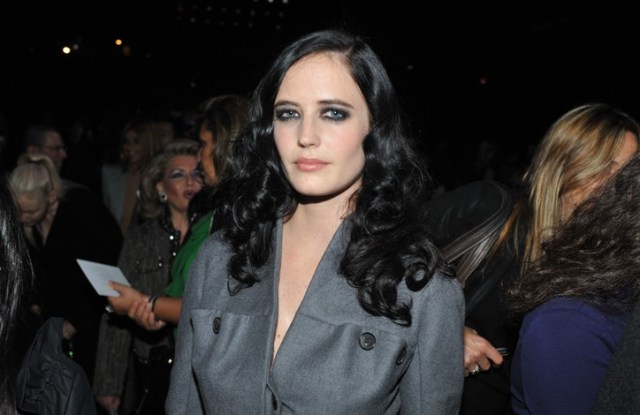 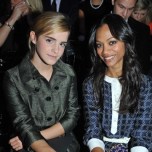 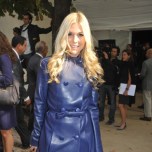 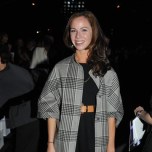 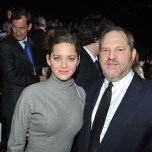 “I love the madness,” shouted Eva Green as she whisked into the Dior show Monday in a gray suit, looking every inch the schoolteacher she plays in her latest movie “Cracks.”

“It’s quite a dangerous story, there’s a lot of taboos, I play a swimming team teacher who seduces a student,” she said. She’s hoping the film, directed by Jordan Scott and set in the Thirties, will make the final selection for Cannes.

Lily Allen, who sat painting her nails with silver varnish from the gift set on her seat, said she’d arrived in Paris this weekend to record some tracks with Gonzalez.

Accompanying her was film mogul Harvey Weinstein, who said he’s “in town to scout for a new Quentin Tarantino movie.”

Nearby, Barbara Bush, daughter of the U.S. President, noted she was in town visiting family.

Zoe Saldana, meanwhile, has just wrapped “Avatar” alongside Sigourney Weaver and the remake of “Star Trek,” alongside Winona Ryder. Saldana said her outfits, by costume designer Michael Kaplan, were far from geeky. “I wore very short, short, short dresses, it was petrifying,” she said.

U.S. pop singer Katy Perry is on a whirlwind tour to promote her first single, and is gearing up to release her second.

Emma Watson, or Harry Potter’s Hermione, could have used some magic to clear a throng of photographers and screaming teens who surged ahead of her coming out of the show.

Hobbling towards Place de la Concorde afterwards, a monochrome Roisin Murphy, who had road-tested one of Gareth Pugh’s articulated, armor-like frocks for the occasion, confessed she’d had a difficult time sitting at the show. “It’s not very comfortable,” she said.