Kate Beckinsale and Kiernan Shipka were among guests at London pub ahead of Tuesday's show. 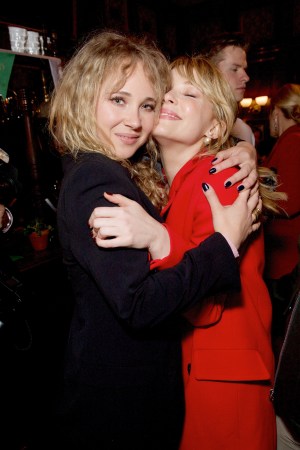 Inside Cartier’s Women’s Initiative: The Finalists you Need to Know

EXCLUSIVE: Dior Will Present its Cruise Collection in Greece

SHE’S A LADY: It might have been the least likely place to find Lady Dior, but there she was, hanging around a posh pub in London’s Mayfair.

Dior took over the Audley pub on the corner of Mount and South Audley streets on Monday night — at the end of a long bank holiday weekend in Britain — to mark the opening of what’s set to be a lively 24-plus hours to mark the unveiling of the 2017 resort collection at Blenheim Palace.

The show, which will take place Tuesday afternoon at the 18th-century stately home and birthplace of Sir Winston Churchill, will be Dior’s third outing at Blenheim. Two big shows — with Princess Margaret sitting front row — took place there in the Fifties to raise money for charity.

At the pub, Dior didn’t hold back: It re-branded the exteriors and interiors of the Audley with the image of an elegant lady in all her New Look splendor raising a pint of beer with the initials CD carved on the glass and “The Lady Dior” written below.

Mirrors, coasters and the bunting over the bar all bore the humorous Lady Dior logo, as did the muscled biceps of the waiters who were serving trays of Champagne and Scotch eggs, salmon canapés and ham and cheese toasties.

The lady certainly knows how to entertain.

Actresses Kate Beckinsale and Kiernan Shipka were among the out-of-towners at the party, which was meant to be a warm-up for the main event.

Los Angeles-based Brit Beckinsale was already in London promoting her new film “Love and Friendship,” based on the Jane Austen novella.

“I’ve had the chance to see my mum and stepdad and old friends from school — it’s certainly saved me a lot of texting. I’m headed back to L.A. later this week. My daughter has exams.” The actress also had a meal at The Ivy, “which has been glammed up — but they kept the shepherd’s pie, which is a good thing.”

Shipka, a Chicago native, said it was only her second time in London and she was trying to cram in as much sightseeing as possible. She has a few projects in the works, but plans to take the summer off  “and travel with my mom.”

The pub was just a taster of the Dior festivities to come.

During the cocktail and informal dinner, guests streamed into the private club, noshing on parmesan risotto; stopping by stations to have their portraits sketched; their profiles cut into black paper; or their fortunes told.