Inspired by a shared love of Mykonos, the collection features a striking blue and white abstract pattern 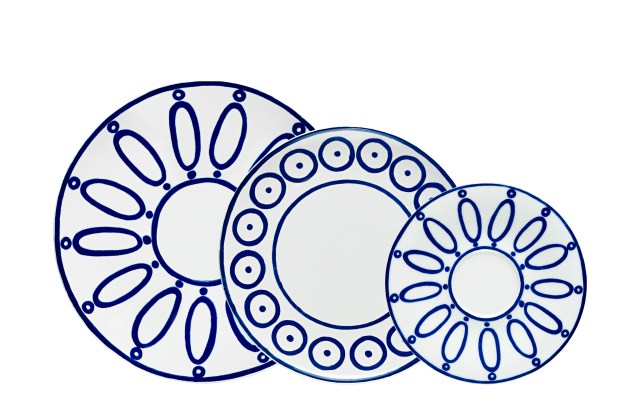 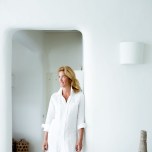 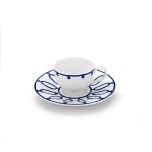 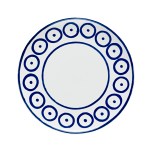 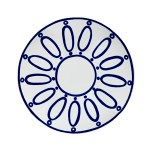 The Themis Zouganeli x Dior Maison collection, called “Skorpios,” consists of tableware, including dinner plates, dessert plates, cups, espresso cups, platters and serving bowls, all of which are now available at the Dior Maison stores in London, to be followed by launches in Paris, Geneva, Monaco, New York and Asia later this month.

This collaboration follows partnerships with designers including Yann Debelle De Montby, Michael Cailloux and India Madhavi on items like a backgammon box, playing cards and ceramic plates that launched in the House of Dior boutique in London earlier this year.

Work has already begun on a second collaboration for fall 2017 between Dior Maison and Zouganeli, who launched her eponymous homewares collection, Themis Z, in May this year, following a successful career as an interior designer.

Themis Z is stocked at retailers including Alex Eagle Studio, The Furniture Hotel in New Hampshire, Island Home in Palm Beach, at ThemisZ.com and the storied Belvedere Hotel in Mykonos, where de Castellane first saw Zouganeli’s designs, before commencing her tenure at the French House. For Zouganeli, designing for Dior is a “dream come true” that she describes as a “wonderfully fluid collaboration” that is part of Dior Maison’s ambition to grow internationally.

The brief was to channel the classic blue and white palette of Mykonian architecture into the tableware, and Zouganeli explored close to 20 different options before settling on the final two abstract patterns that feature azure circles and ovals on a white background.

Prices for the Themis Zouganeli x Dior Maison collection start from $72 for saucers and $85 for espresso cups to $104 for plates, and from $275 for serving bowls to $300 for platters.