To run from August 27 through November 7 and featuring over 220 works, the show is the largest Dior exhibition ever staged in Australia. 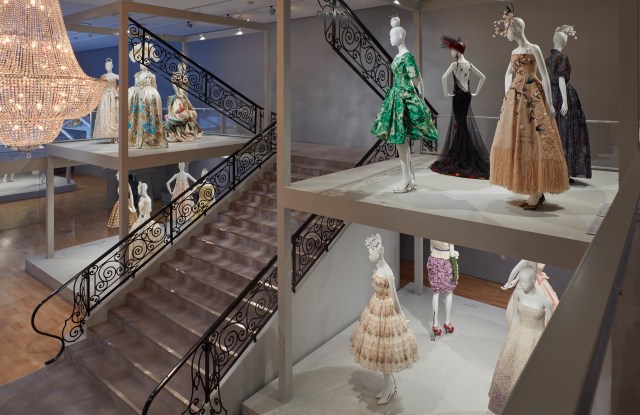 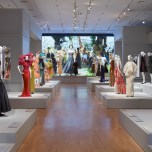 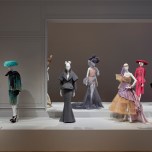 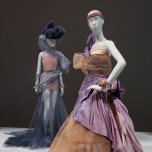 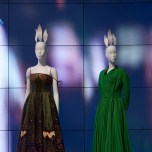 SYDNEY — The Christian Dior retrospective at the National Gallery of Victoria is shaping up to be one of the 156-year-old Melbourne gallery’s most successful fashion exhibitions ever.

To run from August 27 to November 7 and timed to coincide with Dior’s 70th anniversary celebrations, “The House of Dior: Seventy Years of Haute Couture” showcases over 220 haute couture garments, toiles, sketches and photographs from 1947 through 2017 and includes 140 fully dressed mannequins.

Curated by NGV senior curator of fashion and textiles Katie Somerville and designed by NGV senior exhibition designer Peter King, the exhibition covers 20,075 square feet of floor space and features seven sections that document the early years under Christian Dior through to the six creative directors who succeeded him, the house codes, accessories and perfumes.

“The Atelier” section highlights the artisanship of couture and for the show’s first and final weeks will feature two staff members from Dior’s atelier tailleur presenting a live demonstration of the construction of a Bar jacket and interacting with the public.

The “Dior and Australia” section celebrates the brand’s long links Down Under, with a particular emphasis on the David Jones department store chain.

In 1947 David Jones showed four dresses from Dior’s first collection in a group show celebrating French fashion and in 1948 presented 50 looks from his spring 1948 collection in what is considered the first full Dior collection to have been presented outside Paris.

In November 1957, a matter of weeks after Dior’s death, seven Dior house models flew to Australia to present 83 looks from his final collection in a series of runway shows at David Jones and its rival Myer.

The works in the exhibition have been sourced from the NGV, the Christian Dior archive and 12 other international institutions and private lenders such as Vogue International editor at large Hamish Bowles and Miranda Kerr, whose Maria Grazia Chiuri for Christian Dior haute couture wedding gown and headpiece from British milliner Stephen Jones for her May 27 nuptials to Snapchat cofounder and chief executive officer Evan Spiegel were last-minute additions to the lineup.

“It is a great pleasure and honor for the House of Dior to be celebrating its anniversary in 2017 in Melbourne,” said Christian Dior president and chief executive officer Sidney Toledano. “This exhibition will be the biggest Dior retrospective ever held in Australia.”

“For the [fashion] projects we have done, it would be by far the largest pre-sale,” said Somerville. “It is I think undoubtedly a really key project for the long story of fashion at the NGV, which goes right back to the late 19th century.”

Cochaired by NGV director Tony Ellwood and Vogue Australia editor in chief Edwina McCann, the inaugural NGV Gala will kick off the exhibition’s public program that includes talks by Svetlana Lloyd, one of the Dior models who traveled to Australia in 1957, Parfums Christian Dior patrimony project manager Vincent Leret and Stephen Jones, whose work with Dior spans 21 years and three creative directors.

Jones’ work is prominently featured among the show’s 160 headpieces, which include over 50 bespoke pieces he created for the exhibition.

“It used to be that the girl walking down the street in the outfit was the end product, now it is not the end product of fashion,” said Jones, who estimates the NGV show is the 20th international exhibition to feature his work. “That outfit being worn and then being exposed at some point later in a museum, that’s the end product now.”