What to Expect From Disney’s Streaming Service, Disney+

Tessa Thompson, Justin Theroux at the "Lady and the Tramp" film premiere.

The launch of Disney+ is arguably the most buzzed of the new streaming services, considering the entertainment giant is bringing together many of its beloved classics and cult-favorite franchises to the service.

From more than 7,500 TV episodes, 500 films and classic reboots to getting a free subscription, here is everything you need to know about Disney+.

When does Disney+ launch?

Disney+ launches on Nov. 12 in the U.S., Canada and the Netherlands. On Nov. 19, it will launch in Australia and New Zealand and on March 31, it will launch in the U.K., Germany, France, Italy and Spain. Disney expects to enter most major markets within two years of launch.

Disney+ can be accessed through its app on devices such as phones, tablets, computers and TVs. The streaming service will be compatible with Amazon Fire TV, Apple TV, Roku, Samsung, LG, Xbox One and PlayStation 4. 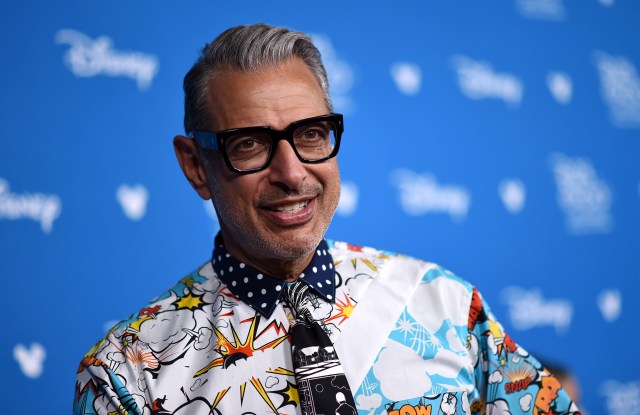 Jeff Goldblum at the Disney Plus Showcase at the D23 Expo.  Michael Buckner/Variety/Shutterstock

Disney+ is also getting into the original content game, building off of its existing material for new TV shows and limited series.

From the Marvel Cinematic Universe, Disney+ is developing four limited series focusing on a number of its superhero characters for Loki, Hawkeye, “WandaVision” and “The Falcon and the Winter Soldier.” The series are set to be released over the next two years.

Other original content available at launch include “High School Musical: The Musical: The Series,” “The Mandalorian,” “The World According to Jeff Goldblum” and a remake of “Lady and the Tramp.”

What TV shows and movies are available on Disney+?

Disney+ will offer more than 7,500 TV episodes and 500 movies from its historic cannon of work. The streaming service is a goldmine for Marvel, “Star Wars” and Pixar fans with offerings like the recent blockbuster hit, “Avengers: Endgame,” as well as “Captain Marvel,” “Guardians of the Galaxy,” “Finding Nemo,” “Frozen” and “Star Wars” episodes one through seven.

It will also offer many classic Disney films, including “Mary Poppins,” “Snow White and the Seven Dwarfs,” “The Little Mermaid” and “Toy Story,” and beloved TV shows of the Aughts such as “Boy Meets World,” “Kim Possible” and “That’s So Raven.”

The service is also the exclusive streaming home of 30 seasons of “The Simpsons.”

How much is a Disney+ subscription?

Disney+ is $6.99 a month, or $69.99 a year. One subscription includes up to seven profiles and can handle four simultaneous streams. The streaming service is also offering a bundled subscription that includes ESPN+ and an ad-version of Hulu all for $12.99. A one-year free subscription is offered to Verizon customers with an unlimited plan and new customers of Verizon’s Fios Internet services.

All the Celebrity Fashion at San Diego Comic-Con