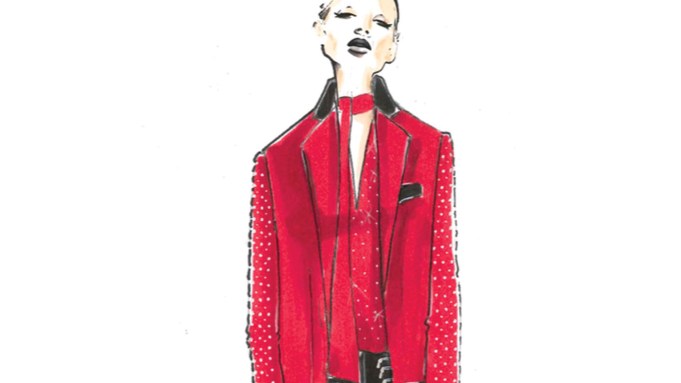 Disney and Thomas Wylde, the Los Angeles-based designer firm, have collaborated on a capsule collection inspired by the characters starring in the Walt Disney Studios film “Alice Through the Looking Glass,” which comes out May 27.

Characters and costumes of “White Queen,” “Red Queen,” and “Time” serve as inspiration for key pieces that will be shown Monday in Thomas Wylde’s fall collection during New York Fashion Week. The show is set to be held at 1 p.m. at The Dock, Skylight at Moynihan Station.

The collection is timed to be released in stores at the same time as the film. In the movie, Alice returns to the whimsical world of Underland and travels back in time to save the Mad Hatter. Among the seven-piece capsule is a “White Queen”-inspired look that is a high-in-front, low-in-back day dress that’s whimsical, yet sophisticated. A “Red Queen” look is a blood-red overcoat in wool/cashmere, with a plush hand and sharply tailored silhouette.

Jene Park, creative director of Thomas Wylde, said, that this was “a dream job for a designer.”

“What designer doesn’t want to step into a wicked wonderland? Our Thomas Wylde collection is for a girl who is a perfect combination of a romantic and a rebel – so I understand the contrasts and contradictions.”