London’s first all-digital fashion week kicked off Friday with lots of content and chat, but not much in the way of newness.

By Natalie Theodosi and Tianwei Zhang and Samantha Conti on June 12, 2020

LONDON — There was a multicultural feel to the first all-digital London Fashion Week, a three-day showcase that started on Friday, with designers from this bubbling melting pot of a city showcasing projects, discussing their thoughts about lockdown, and engaging with the public here and around the world.

It was more about conversations and ideas than clothes. There wasn’t much in the way of newness and the excitement and anticipation of watching a show was absent, in place of pre-recorded lo-fi videos. For the first time, the public could watch everything — and can continue to watch as the content will remain on the dedicated site in the coming months.

Daniel Fletcher was an exception, managing to build his own momentum and draw a robust audience. He was interviewed on Instagram Live by friend and journalist Naomi Pike as he launched his see-now-buy-now fall 2020 collection, and there was a freshness and spontaneity to the segment.

The chat was candid and lighthearted, with the up-and-coming designer speaking about everything from his love of karaoke, to interning for Victoria Beckham to making an “awkward but hilarious” flash appearance in the “73 questions” video Beckham was filming for Vogue at the time.

He also answered plenty of career-related questions to the more than 300 fans who tuned in live from across the globe. Viewers from Mexico, Peru, Saudi Arabia, Brazil, Turkey and Kuwait sent Fletcher star-eyed emojis and declarations of love — a testament to his growing international audience following his Netflix fashion reality show and the reach a brand can achieve outside the catwalk.

He also spoke about how he gained recognition dressing Harry Styles, his ambitions to open a store in the near future to be closer to his community and the importance of staying agile. 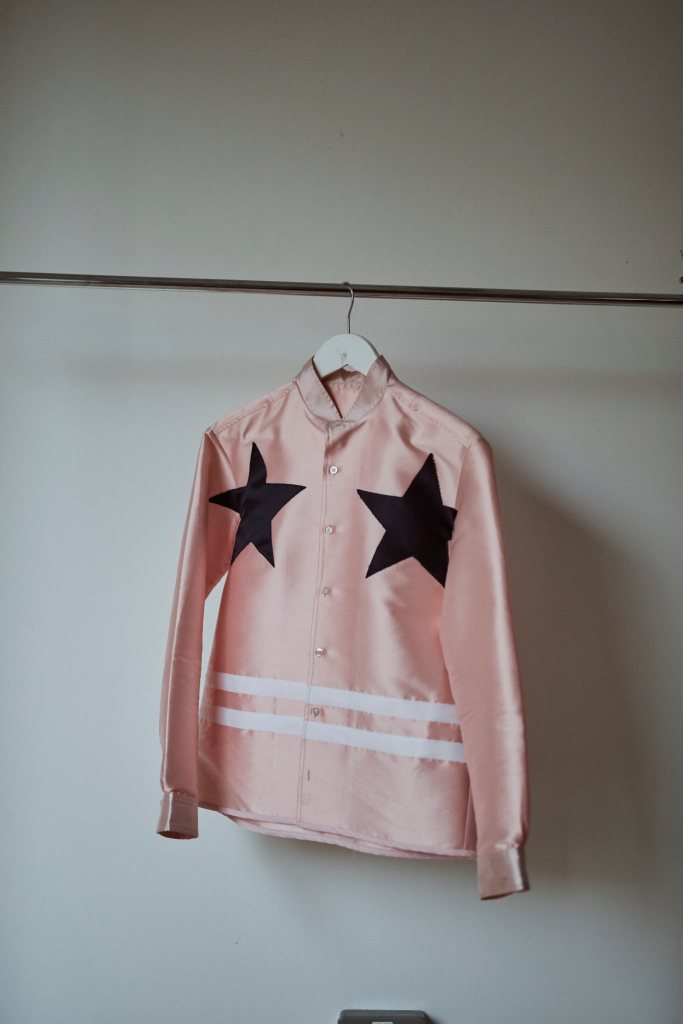 “We’ve done shows, presentations, films before. Having variety allows you to engage with different people,” said the designer. “Some of my favorite seasons were the early ones where we had no money and I was up all night sewing the collection by myself.”

Around 250 Instagram users tuned in to watch Hussein Chalayan share his thoughts about COVID-19, the fashion system and well-being. In conversation with the Norwegian publisher Elise by Olsen, the designer said lockdown has been both a claustrophobic and liberating experience. He said it gave him the time to slow down, cook more, reassess his archive and think about the future.

“The speed of fashion is disgusting,” said the designer, adding that he has stopped the production of his fall collection, and sampling for spring 2021. Instead, he is focusing on existing inventory, remerchandising items in a pan-seasonal way, and reissuing a few classic designs from his archive.

He also shared personal experience dealing with racism in the U.K. “If you have a funny name, you had it in school,” he said. He also suggested that the industry should value talent based on merit, rely less on nepotism, and approach sustainability, not from a production point of view, but from idea development, and think of prolonging the life of a garment from the beginning.

Marques’ Almeida released a heartwarming documentary about the birth of its new line ReMade, which includes new and classic designs made exclusively from deadstock and recycled fabrics. 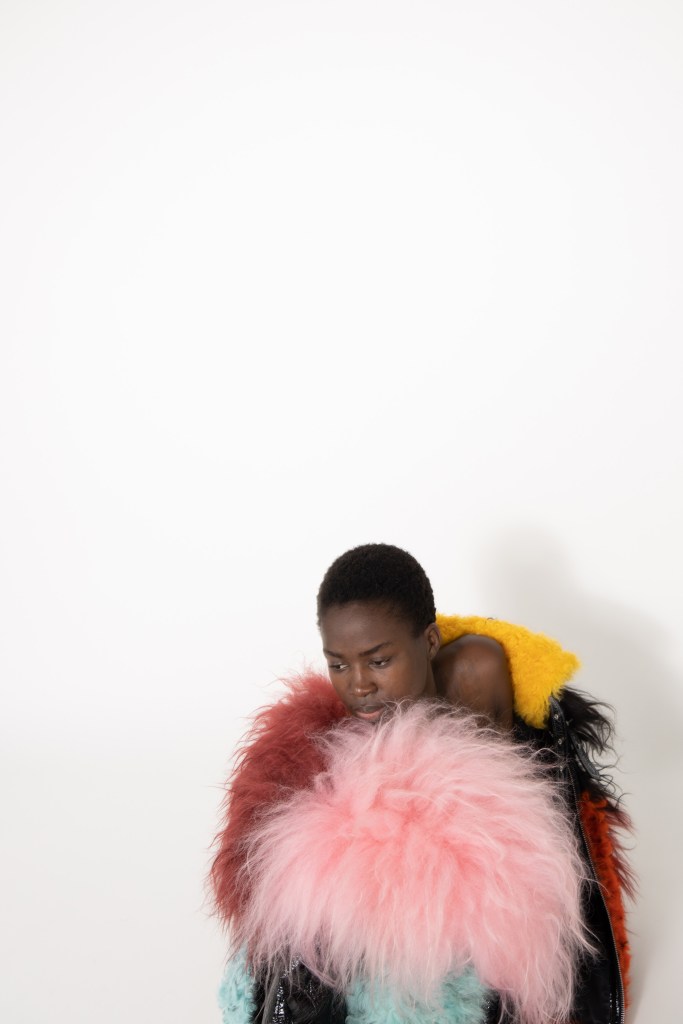 The film showcased intimate moments of the family working together in their studio in Portugal. When Paulo Almeida was doing the fitting with the model, Marta Marques would entertain their young son, while giving advice. Each piece from the collection will only be made when it is preordered from its web site. By doing so, the brand said it can reduce waste, offer flexibility with design, and increase rarity for the customer.

Marques said they made the collection for their children. She said in the film that “doing things differently is not just about the environment, it’s about questioning the system and why you keep going in a little hamster wheel. Just doing more and more collections, and producing more and more waste? You don’t always have to do that. That’s something we recognized recently, having a family, it becomes a priority, and your idea of success doesn’t mean doing more, it can mean doing something that’s meaningful.”

The showcase began with the poet James Massiah reciting a work called “Clio Corset” that the British Fashion Council had commissioned. “Let’s throw a party or two, throw some gladrags on. In your Clio Corset, me in Bianca Saunders, looking anything but shy,” he recited against the backdrop of a lush garden blooming with purple and orange flowers.

Priya Ahluwalia staged a virtual-reality-enhanced exhibition of photographs from her new book, “Jalebi.” The photos, shot by Laurence Ellis, trace strands of the designer’s work and what it means to be a young mixed-heritage person living in modern Britain. 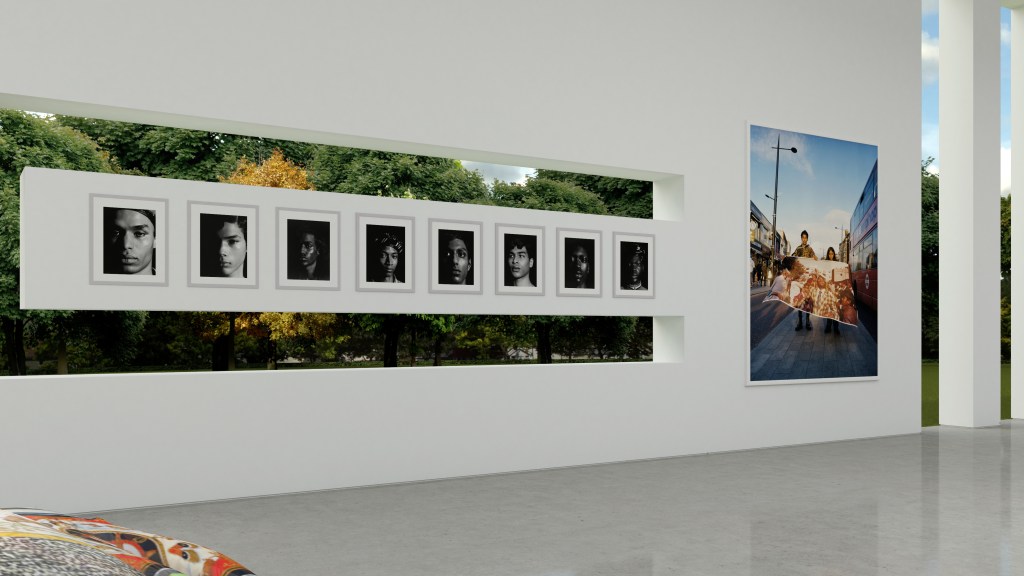 The men’s wear designer and LVMH Prize winner is of dual Indian-Nigerian heritage and has a master of arts in men’s wear from the University of Westminster. She said she wanted to represent “the beauty of diversity and how immigration enriches lives and community.”

Nicholas Daley premiered a short behind-the-scenes film of his fall 2020 collection called “The Abstract Truth,” while Lou Dalton talked about her creative process, the challenges of lockdown, and working with collaborators, including the photographer Mark Neville.

Designer Robyn Lynch shared a “home movie” to present a capsule collection of one-off deadstock pieces he created while in isolation, using materials left over in his home studio as well as donations from the cycling label Rapha.

Lynch shared heartwarming moments from his street, of neighbors clapping for health-care workers and friends calling him on Zoom.

Later in the day the mood felt heavier, almost post-apocalyptic, when the University of Westminster’s class of 2020 presented their graduate collections via video. Before the virtual presentations started, the students shared a powerful message calling out the lack of Black, Asian and minority ethnic educators in the current system and demanding anti-racist education. 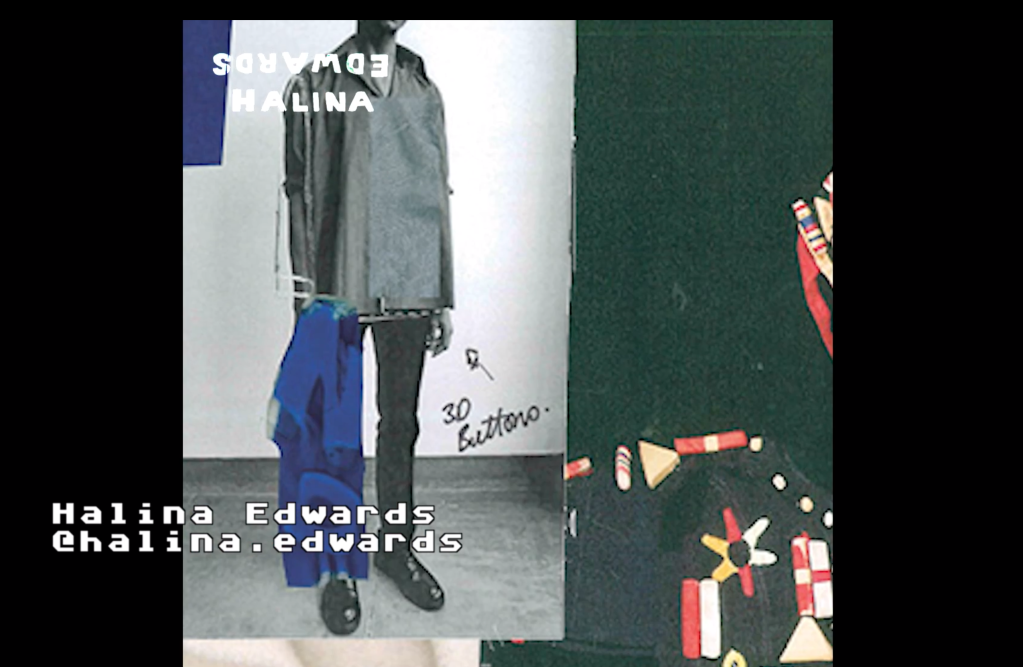 “Fashion education needs a reform. It needs to commit to introducing contextualized cultural learning objectives to inform the future cohorts entering the industry,” wrote the students.

They distilled their work into a few seconds each, with some choosing to dance in front of the camera modeling their clothes, while others shared clips of themselves hand-embroidering their designs or talking through their processes.

Halina Edwards, a Black student, spoke about using clothing, textiles or ‘zines as a vehicle for telling the stories of her culture and eradicating prejudice. One of her peers, who identified as a queer, white male designer, chose to forego presenting his collection in order to make space for a short pause and reflect on how “everyone can commit to an anti-racist future.” 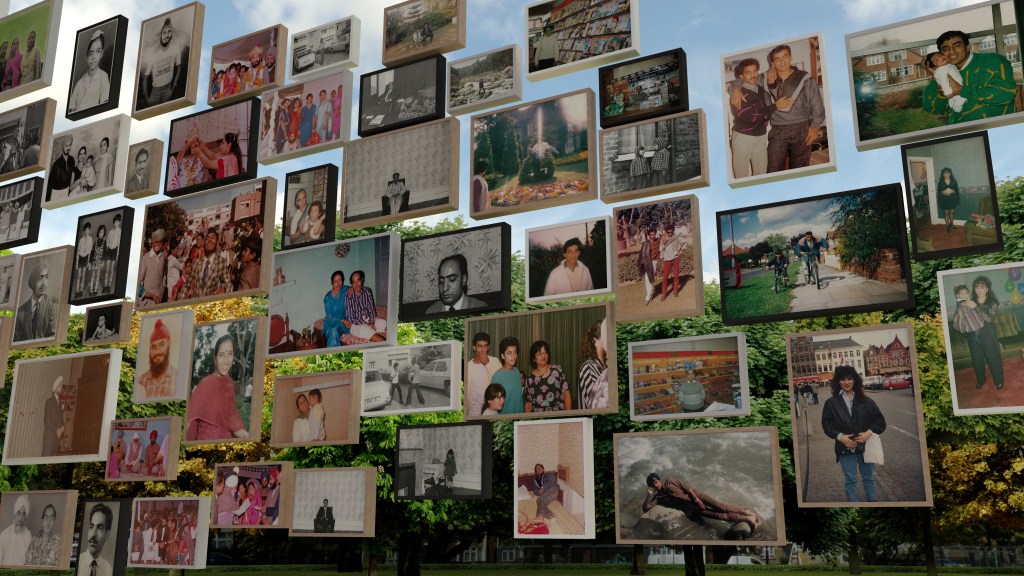