The West Coast eyewear also plans to open a showroom and store in Sabae, Japan. 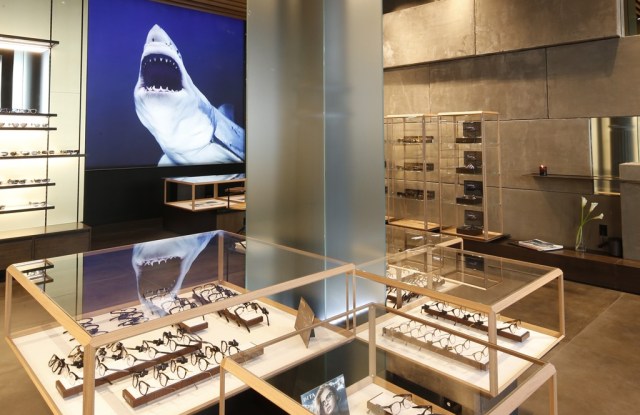 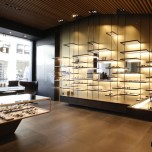 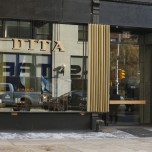 DITA THAT: Dita, the West Coast high-end eyewear brand that boasts an almost cult like following among celebrities and trendsetters, has sets its sights on New York.

Opening their first flagship last week on the reinvigorated stretch of retail on Lafayette just south of Houston, the duo of founders John Juniper and Jeff Solorio trusted their gut for the location. “We feel our customers enjoy shopping in Soho even if they live up town or visit New York. Eyewear is a very personal item therefor we want our customers to enjoy their shopping experience in a relaxing environment; a large space downtown with large windows was a natural choice” said the partners.

With three stores currently in Newport Beach, Los Angeles and Tokyo, the Soho store closely resembles the “East meets West” mood of its’ Los Angeles location, a look that also mimics its’ design philosophy.  The architecture firm Tag Front, with whom the brand chose to design its other stores, was also involved in the New York outpost. The exterior boasts an oversized thick-paned glass door and enormous double pane glass window, both incased in industrial steel that allow for as much natural as possible to spill into the space. Polished cement floors, custom Italian display cases and two modern chandeliers that hang from a ceiling covered in pale oak slates add to the Eastern inspiration.

The brand which has been around since 1995, has recently moved into expansion mode with the opening of the New York store and plans to open a manufacturing facility in Sabae, the Japanese town where the ultra-skilled optical artisans hail from. Dita has been instrumental in helping to revive the art by engaging and training a new generation of eyeglass makers there. The glasses, which take up to 8 months to make a single pair, range in retail price from start at about $390 for a traditional optical frame up to around  $1000 for the Lancier series, a collection geared to the speed-sport enthusiast, which feature gold finish hardware. A notable cat-eye style with exaggerated eyelash details recently worn by Beyonce in her 7/11 video for $375. The store will also carry the Thom Browne license which is currently only available in Browns’ financial district flagship and Barney’s.