Founder Jean “Johnny” Pigozzi has signed an exclusive with Barneys New York for its men’s swimwear as well as a capsule collection of women’s bikinis. 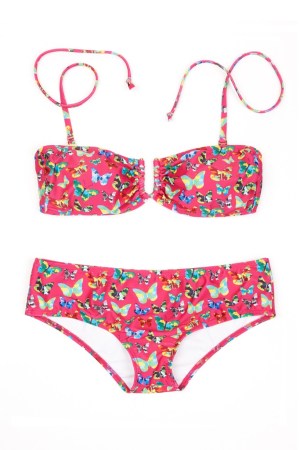 DIVING IN: Limoland, a men’s wear brand known for its brightly colored sportswear and quirky Tanzanian logo, is turning its attention to swimwear. Founder Jean “Johnny” Pigozzi has signed an exclusive with Barneys New York for its men’s swimwear as well as a capsule collection of women’s bikinis. The line is slated to hit stores today and Pigozzi is hosting a launch party at his Manhattan home this evening.

Limoland opened a store in New York’s Meatpacking District in summer 2010, but the store has not lived up to expectations. Pigozzi said he is hoping to relocate, but in the meantime is focusing on wholesale. Limoland is concentrating on apparel that can be worn in warmer climates such as the swimwear and linen shirts. “I try to forget winter,” he said.

This story first appeared in the May 7, 2013 issue of WWD. Subscribe Today.
You're missing something!
SUBSCRIBE NOW
load comments
blog comments powered by Disqus