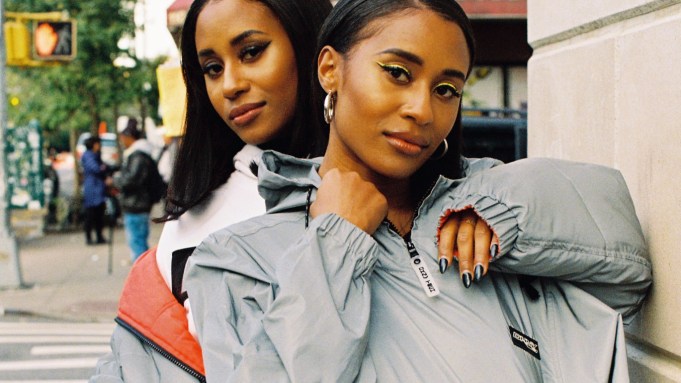 DKNY Tech, a Nineties streetwear offering, is being reissued to drop exclusively at Urban Outfitters today.

The looks come in neutrals, as well as reflective orange, and feature bold and reflective highlighting.

DKNY Tech was never a stand-alone division in the Nineties, but represented a lifestyle element within  DKNY with a DKNY Tech logo.

The ad campaign features Bronx, N.Y., natives and twin sister DJs Angel + Dren. It is photographed by Benjamin Russell, who shot the images in New York. The campaign will be featured on Urban Outfitters’ social and digital channels, as well as in select Urban Outfitters doors in New York, Los Angeles, Montreal, London and Milan. It will also live on DKNY’s social and digital channels.